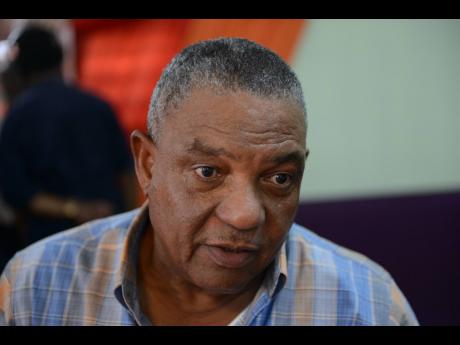 Dalley, who lost his seat in the September 3, 2020, general election, told The Glean er Tuesday afternoon that he was late in filing his statutory declarations for the period ending December 2020 with the anti-corruption oversight body.

“I submitted my declaration and have my receipt, but I still have to go to court, but I wasn’t feeling well this morning,” he said, explaining his absence from the Kingston and St Andrew Parish Court on Tuesday.

A report from the Integrity Commission was tabled in Parliament Tuesday afternoon highlighting Dalley’s breach.

Director of investigation at the Integrity Commission, Kevon Stephenson, reported that he was satisfied that there was evidence to support the allegation that Dalley failed to file the required statutory declaration with the commission.

According to Stephenson, the former MP was notified of his failure to file the required documentation and was warned of the consequences if he failed to comply.

The director of investigation pointed out that Dalley’s failure to file the required statutory declaration constituted an offence under Section 43(1) of the Integrity Commission Act.

The legislation indicates that failure to file one’s statutory declaration with the commission constitutes an offence and is liable, on conviction in a parish court, to a fine not exceeding $500,000 or to a term of imprisonment of not more than six months.

In the report tabled on Tuesday, Stephenson said that Dalley provided no lawful justification or excuse for the breach.

Stephenson referred the matter to Director of Corruption Prosecution Keisha Prince for consideration. The matter is now before the court.

The director of investigation has also recommended that Speaker of the House of Representatives, Marisa Dalrymple Philibert, should use her office to assist in ensuring MPs’ compliance with the requirements of the Integrity Commission Act.