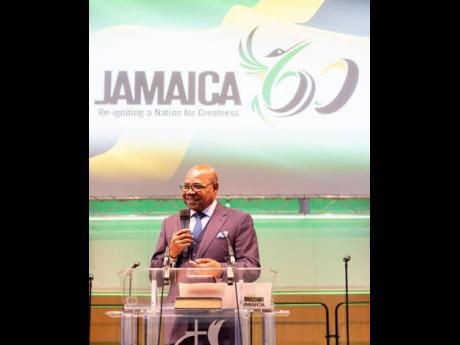 Contributed
Jamaica Minister of Tourism Edmund Bartlett gives an address at the church service to launch Jamaica 60 Independence celebrations at the New Testament Church of God in Handsworth, Birmingham. 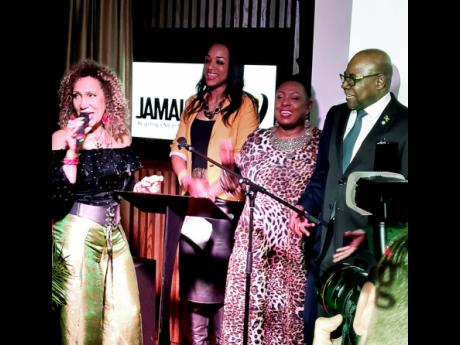 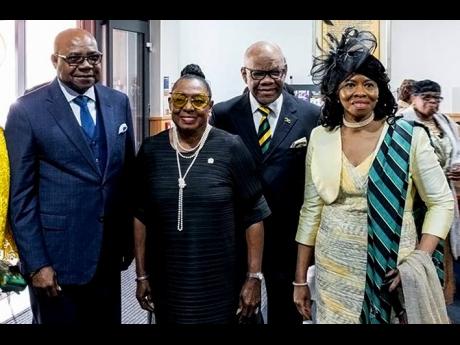 Jamaica 60 Independence activities were officially launched in the United Kingdom this week by Jamaica’s Minister of Culture, Entertainment and Sports, Olivia Grange and Tourism Minister Edmund Bartlett when the visiting ministers hosted two events in London and Birmingham.

The four-month long series of activities will consist of praise and thanksgiving church services, celebratory dinners, music and dance symposiums, exhibitions, summer garden parties and outdoor music festivals, all of which will be held under the theme ‘Reigniting a Nation for Greatness’.

Grange described the planned celebrations as an opportunity to unleash, more forcefully, the power and the talent of the Jamaican diaspora in the UK, reinforcing the notion that “we are an awesome nation”.

Speaking at the launch reception on Monday at White City House in Shepherds Bush, west London, Grange used Louise Bennett’s famous poem Colonisation in Reverse as the backdrop to her short address.

She said: “When Louise Bennett, mother of Jamaican culture, wrote her famous poem, she had already established an acute awareness of the power of the Jamaican culture. After years of migration to the UK, Jamaicans would make such a large impact on the country - the colour, the tonality, the swag – everything would change forever because of our presence.

“Many of our parents and grandparents were members of the Windrush generation, so here we are today in the citadel of the Britain’s empire, the heart of the very country which colonised us for more than 300 years until 1962, when we assumed the mantle of self-governance and political leadership. Sixty years later, we are revered for our culture and our brand across the world.”

Bartlett, in his address, said Jamaica has the oldest and strongest black democracy in the world, because it is the only country which has never had an insurrection against its democracy since Independence.

He said: “We change our governments with ease, and even when we have had pluralities of one in the House of Representatives, we still maintained efficiencies and integrity of the democracy that we have subscribed to. We have always found a way to make bipartisan arrangements work, a country therefore totally committed to freedom and democracy.

“The influence of all our nine prime ministers since Independence has been strong, their leadership have been effective and they have, in their own way, space and time, carved niches that have enabled Jamaica to become a respective and accepted democracy, sought after for leadership across the world. So it’s not surprising that the candidacy for the next Commonwealth secretary general is our own foreign minister and foreign trade, Senator Kamina Johnson-Smith.”

The two ministers, along with High Commissioner to the UK Seth George Ramocan, attended a similar launch event on Sunday at the New Testament Church of God in Handsworth, Birmingham. There, Bishop Deverton Douglas hosted a church service to give blessings to the Independence celebrations.

Some of the Jamaica Independence celebrations will also be held in Birmingham to coincide with the Commonwealth Games, which will be staged there from July 28 to August 8.