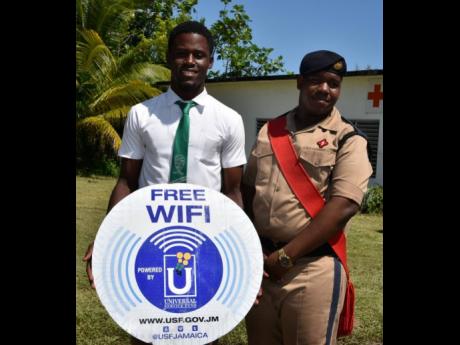 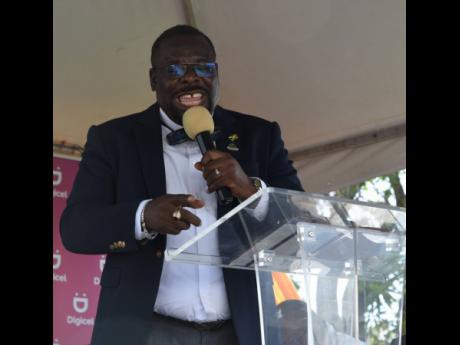 EVEN AS schoolchildren are celebrating the establishment of free public access to the Internet in Savanna-la-Mar, Hartley Perrin, custos of Westmoreland, has encouraged residents to embrace the colour of their skin. He identified that it was Gladys West, a black woman in the United States, who paved the way so that they are now able to enjoy Internet service.

West is an American mathematician known for her contributions to mathematical modelling the shape of the earth, and her work on the development of the satellite geodesy models that were eventually incorporated into the Global Positioning System (GPS).

“When we talk about microwaves, telephony, and Wi-Fi, be reminded that it was a black woman, not a white, who engaged in mathematics, applied herself in this scientific way that made the calculation possible to facilitate all of these things we are now enjoying today,” said Perrin.

He was delivering the keynote address at a recent function to launch the Savanna-la-Mar public Wi-Fi, which was made possible by the Universal Service Fund in partnership with Digicel Jamaica. The Wi-Fi access point, located at Independence Park in Westmoreland, is valued at approximately $20 million.

Perrin argued that there are far too many young black people in this country who have literally lost their way.

“You see them in the morning just rubbing out their hand middle. You see them trying to change the colour of their skin because they are not happy to be black any more,” noted Perrin, who is also pastor at St Peter’s Anglican Church in Petersfield.

The clergyman said that if we lose sight of this “we lose our identity as a people, and we are lost in the world.

“I want to use this opportunity as we celebrate Wi-Fi (access) to remind ourselves that we can be black and be very proud about it,” he noted.

He said residents of Westmoreland and those visiting are going to enjoy the Savanna-la-Mar public Wi-Fi and hopes that other communities, and even grandparents who have to communicate with their grandchildren, will be able to use it.

“It’s phenomenal. What we are enjoying now is unbelievable,” he stated. “But if God spares our lives, we will never know what else there is in the offing for us.”