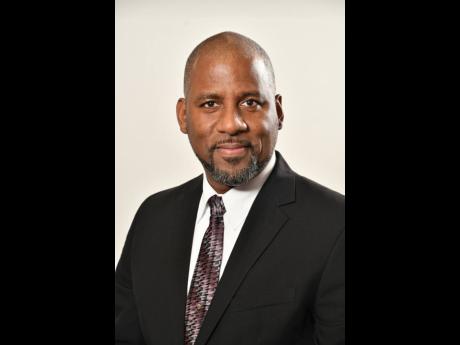 As the global climate crisis worsens, Jamaica’s capital, Kingston, is among the first cities in the world that are projected as sure to be hit by climate departure as early as next year. For this reason, reducing climate risks broadly, and specifically with respect to infrastructure, has to become a national priority.

That dire warning from Director General of the Planning Institute of Jamaica, Dr Wayne Henry, came during Tuesday’s launch of the Jamaica Systemic Risk Assessment Tool at The Jamaica Pegasus hotel, New Kingston.

Meanwhile, marine biologist/ecologist and Director of the Centre for Marine Sciences at The University of the West Indies, Mona campus, Professor Mona Webber, explained that ‘climate departure’ is based primarily on temperature and occurs when the old climate has been completely left behind and, literally, the area in question enters a new climate regime.

“There is now a complete shift in the temperature range, so, literally, where your highest temperature was before, that’s now in the region of your lowest temperature. And we have begun to see it already (in Jamaica). The kind of temperatures we are getting in April and May, we never used to get those high temperatures. The little rain kinda helped, but we had some very high temperatures quite early in the year,” she told The Gleaner.

Henry said global projections and climate outlook outlined in the Inter-Governmental Panel on Climate Change AR6 Climate Change 2021 Report, and our own State of the Jamaican Climate Report 2019, indicate that we are in for unprecedented climatic changes which could wreak further havoc unless we harden our infrastructure and take urgent adaptation and mitigation action.

He noted that Jamaica has experienced several weather-related shocks which have had a significant adverse impact on our growth and development. Over the last two decades, the cost of loss and damage climbed to $135.5 billion, $63 billion of which was related to infrastructure damage.

“The severity of the impact, coupled with the lengthy recovery time, has served to erode years of development achievements, with losses ranging between one and two per cent of gross domestic production annually,” Henry pointed out.

Meanwhile, Matthew Samuda, minister without portfolio in the Ministry of Economic Growth and Job Creation, said Jamaica is acutely aware of how the physical risks of climate change threaten the country’s development, as well as the well-being and economic security of its citizens.

He said the Government recognises the need for the expansion and modernisation of critical infrastructure, as evidenced by the recent announcement of a $31.1-billion (approximately US$4.8 million) national infrastructure programme that will see important investments in highways and road networks, installation of drains, wastewater and sewerage infrastructure, and the rehabilitation of the water supply network.

Still, increased investment in infrastructure is needed as part of the actions to drive economic development and growth, according to Samuda.

“For these investments to be effective, sustainable and beneficial for this and future generations, they must also go hand in hand with our economic recovery, our National Development Plan – Vision 2030 – and align with our climate targets. We can’t prevent natural disasters from happening, but we can avoid the ripple effects of climate change if we act on adaptation and embrace resilience today,” he urged.

To this end, Jamaica has taken a holistic approach to adaptation and resilience which takes into consideration, first and foremost, the development of the right governance framework that allows not only for climate-related policies to be effectively implemented, but also allows a ‘whole of government’ approach to mainstreaming climate change within national development policies and processes, including public investment processes, Samuda disclosed.

“We have initiated the process to develop a National Adaptation Plan with the support of the Green Climate Fund. We are also actively implementing our Nationally Determined Contributions in seeking to reduce carbon emissions and decarbonise our energy and transport sectors, and we are looking to drive medium- and long-term climate action by developing a long-term, low-carbon and climate-resilient strategy.

“However, if we want to close the infrastructure gap in times of tight Budget constraints and slow economic growth, we need to understand the economic value of assets at risk and how to leverage our natural assets to propose green solutions. Such information is crucial to mobilise the scale of public and private capital necessary to truly ‘build back better’.”