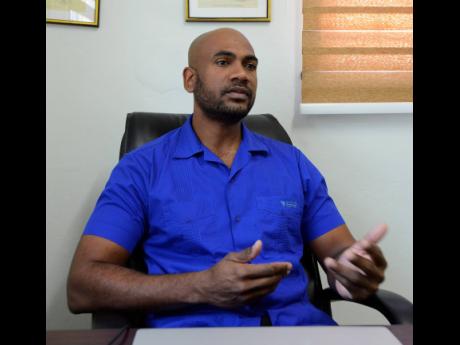 It is impractical to try to put out a fire after it has spread to the rest of the kitchen. Instead, one should always try to put out the fire before it moves beyond the stove, which is a lesson the health authorities failed to learn early enough as it relates to the COVID-19 pandemic, according to Dr Alfred Dawes.

Dr Dawes used last Thursday’s virtual meeting of the Lion’s Club of Kingston to indicate how the authorities should reorient their preparation for future COVID-19 spikes.

“We have to look more at early treatments. One of the disgraces of the pandemic is that all logic with respect to early treatment went out the door, as we just sped to focus only on prevention. In any illness, the earlier you find it – whether it is cancer, diabetes, high blood pressure, even an infection of the respiratory system, or anywhere for that matter – the earlier you find it when it is localised, when it has not spread, it is easier to treat, and the better the outcomes.

“We did not do that for COVID. We continued to tell people to go home, isolate themselves, and when they can’t breathe they should go the hospital. You never try to out a fire after it has spread from the stove to the kitchen, you always try to stop it from the stove, and we failed to do that in our management.”

According to Dr Dawes, that will go a far way in preventing untold deaths and serious morbidity with future COVID outbreaks, as the pandemic moves into the endemic phase. Going forward, targeted approaches will be more effective, especially in treating persons who already have some form of an immune booster – as a result of vaccines or vitamins.

“When they do get it (COVID), you initiate early treatment, which has been shown by several studies to really improve the outcome. There are a couple of remedies that have been shown to reduce the impact of the disease, but they all work when initiated early.”

Getting messages across in a timely and effective way was another area in which the authorities also fell down, according to Dr Dawes.

“There are other lessons that were learnt, and chief among them was information. How do you get information to the people who need it? Is it by a press conference, mainstream media, social media, or by writing?

“What we have found is that anything that goes into social media travels maybe three or four times as the mainstream media – fake news especially -- and there was a voice note that was going around, where it was supposed to be yours truly, talking about the vaccine and how it is going to alter your DNA and all sorts of madness. That thing spread so fast that I had people calling me from Alaska, different Caribbean islands, all over the place, and then it died down. And then there was another surge again, with that voice note, months later.”

Sadly, the misinformation campaign kept gaining traction and took root, as a result of the perpetrators using a credible source and splicing/editing information to suit their needs.

“There were so many people who wanted to believe what they already wanted to believe, and looked for evidence to reinforce this, and so it was the hardest thing to change minds and educate people in the middle, or even the beginning, of the pandemic.”