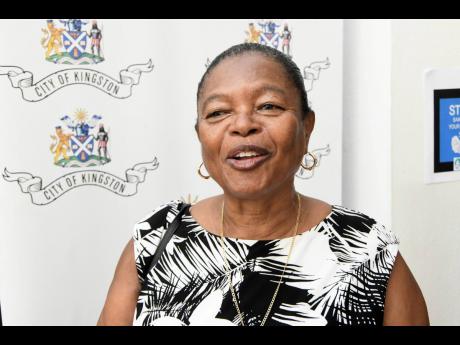 A section of Tower Street will be renamed in honour of late Indian social justice and civil rights leader Bhimrao Ramji Ambedkar.

The decision was made last Friday during a special sitting of the Kingston and St Andrew Municipal Corporation (KSAMC) at the Jamaica Conference Centre, after Councillor Rosalie Hamilton of the Rae Town Division moved the resolution.

The corridor will be referred to as Dr B.R. Ambedkar Avenue.

Ambedkar, India’s first minister of law and justice and who was affectionately called ‘The Father of the Indian Constitution’, is known for his work in battling discrimination against India’s ‘untouchables’, the country’s least valued social class.

The move to honour Ambedkar comes days ahead of the arrival of Indian President Ram Nath Kovind, who is scheduled to make a four-day visit to Jamaica, starting May 15.

The occasion will mark the first time that a president of India visits Jamaica.

Kovind had postponed a scheduled trip to Jamaica in March.

Indians first arrived on Jamaican soil in droves as indentured labourers on May 10, 1845,

Hamilton requested the resolution, which only intended to rename Tower Street between Church and Gold streets in downtown Kingston, to be extended to the entire stretch of Tower Street, ending at Lower South Camp Road.

“This, the residents believe, will be befitting in this significant moment,” she said, explaining the overwhelming support of locals, following numerous meetings held.

Donovan Samuels, Tivoli Gardens Division councillor, who seconded the resolution, said Jamaica has a rich history of honouring and supporting leaders in the fight for human rights.

Describing Ambedkar as “a champion of the poor and lower class,” Samuels said it would be fitting to recognise the late campaigner.

Councillor Venesha Phillips, who represents the Papine Division, said she was heartened to share in this moment of history.

Phillips also called for the erection of a monument in honour of Ambedkar.

Rungsung Masakui, India’s high commissioner to Jamaica, expressed gratitude at the decision to honour Ambedkar, who, he said, stood up for discriminated peoples in India and across the world.

The resolution will be forwarded to Desmond McKenzie, minister of local government and rural development, the Indian High Commission in Jamaica, the Ministry of Foreign Affairs and Foreign Trade, as well as other relevant ministries and entities.