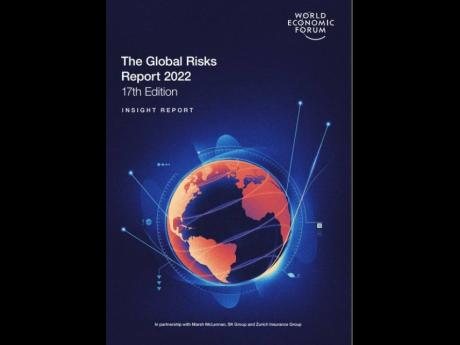 CLIMATE ACTION failure tops the list of the most critical threats facing the world, which is currently in the early stages of a comeback from COVID-19.

“Over a 10-year horizon, the health of the planet dominates concerns. Environmental risks are perceived to be the five most critical long-term threats to the world as well as the most potentially damaging to people and planet,” the report said.

In addition to climate action failure, which GRPS respondents rank as the “number one long-term threat to the world and the risk with potentially the most severe impacts over the next decade”, extreme weather and biodiversity loss rank are among the top three most severe environmental risks.

“Climate change is already manifesting rapidly in the form of droughts, fires, floods, resource scarcity and species loss, among other impacts. In 2020, multiple cities around the world experienced extreme temperatures not seen for years, such as a record high of 42.7 degrees Celsius in Madrid and a 72-year low of -19 degrees Celsius in Dallas … Regions like the Arctic Circle have averaged summer temperatures 10 degrees Celsius higher than in years prior,” the report said.

“Governments, businesses and societies are facing increasing pressure to thwart the worst consequences. Yet, a disorderly climate transition characterised by divergent trajectories worldwide and across sectors will further drive apart countries and bifurcate societies, creating barriers to cooperation,” it added.

In question, the report said, is the race to net zero emissions by 2050 – which is especially important to vulnerable societies, including small island developing states (SIDS) of the Caribbean that stand to lose the most from climate risks and impacts, such as extreme weather events, sea level rise and coastal erosion; together with the anticipated impact on public health, water and food security.

Net zero is the point at which the amount of greenhouse gases going into the atmosphere are balanced by the amount that is removed, with the goal to restrain the ongoing warming of the planet.

“If it were simply to count down to zero and let's say we started that count at two (degrees Celsius), two would remind us that we are on track to exceed two degrees of warming above pre-industrial levels by the end of this century if we do not have deep reductions in carbon dioxide and other greenhouse gases,” explained Taylor, speaking at Jamaica's national stakeholder engagement session, hosted ahead of the international climate negotiations last November.

“If we follow the latest IPCC (Intergovernmental Panel on Climate Change) report, when we reach two degrees and above in the Caribbean, significant changes happen … In the months when we expect to get rainfall, we will get less rainfall … Warming is going to continue ... Ocean acidification is going to increase significantly, as well as the frequency and intensity of marine heat waves,” he added.

It is for this and other reasons that Caribbean SIDS have long lobbied for best efforts to realise a cap on global temperatures of no more than 1.5 degrees Celsius above pre-industrial levels. Realising net zero emissions by 2050 is critical to achieving that goal, which is also reflected in the historic Paris Agreement.

“From the science perspective, if we are going to achieve any limitation of temperatures, whether 1.5 or two, we have to reach net zero carbon dioxide emissions this century. 1.5 or two (degrees) is conditioned on net zero. Net zero means that what we are putting out is to be matched by what we are taking in,” Taylor added.

The Global Risks Report 2022, for its part, flagged the need for collaborative efforts that recognise and account for prevailing societal inequalities.

“The least disruptive climate transition measures will be those that holistically integrate the needs of individuals, societies, businesses and planet. Domestic and international collaboration should focus on educating the public about the value and need of climate action, including a change in consumer behaviour and demand-destruction for carbon intensive goods,” it said.

“Businesses of all sizes need to be incentivised to proactively factor in transition risks and move to circular economy models, while governments should be encouraged to take bold and immediate steps towards implementing robust legal frameworks that ensure a just transition,” the report added.