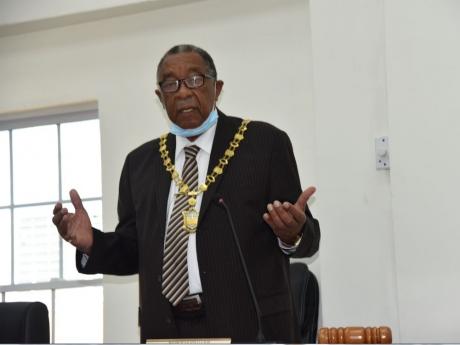 Chairman of the Westmoreland Municipal Corporation Bertel Moore today reprimanded councillors for causing last month's council meeting to be cancelled due to a lack of a quorum.

Moore said that this was unacceptable.

"I will not accept it. I will not sit around and see this again,” declared Moore.

"Councillors, we have a duty and we must perform our duty. The residents of Westmoreland are depending on us and we must as elected representatives play our part in this parish," he continued.

Last month, only four of the 12 active councillors along with officers of the corporation and representatives of several state agencies were present one hour after the 10 o'clock scheduled start of the meeting.

According to Moore, this was the first time that a general meeting of the corporation fell through in his 29 years at the local authority.

"I want to say to you all councillors, this is our parliament, and I am asking you as of now, if you are going to be absent from a council meeting, you need to inform my office or the CEO office at least one day before the council meeting,'' Moore said.