New novel tells story of the passengers onboard Empire Windrush 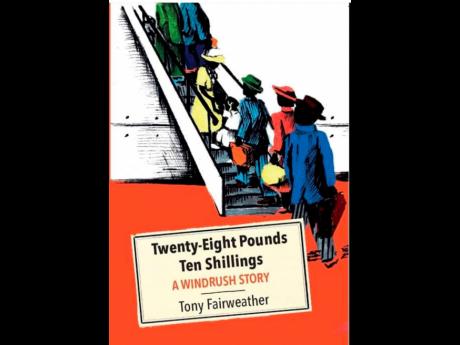 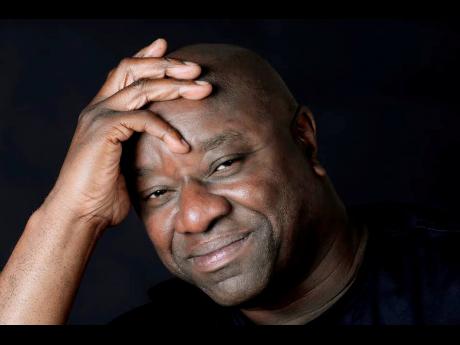 A new book, which tells the Windrush story from a different perspective, will be launched later this month when Tony Fairweather publishes his first novel, ‘Twenty-Eight Pounds Ten Shillings ­­- a Windrush Story’ through HopeRoad Publishing Ltd.

The title is taken from the cost of the ticket passengers paid to book a seat on the HMT Empire Windrush, as it set sail from the Caribbean on its two-week journey to Britain carrying a variety of skilled persons who answered the call from the ‘mother country’.

It is 1948 and post-war Britain is on her knees. The call has gone out to the British Empire for volunteers to help rebuild the country and young men and women from across the Caribbean have been quick to respond, paying the considerable sum of £28.10 shillings to board the ‘ship of dreams’ that will take them to their new lives.

Meet Mavis, a 22-year-old Trinidadian nurse who just wants to see the world. Chef, the best cook on the island, desperate to get to London and his wounded soldier son. Norma, who wants to teach the British how to teach, and her funny best friend Luquser, who is sure that every man wants her, and that English food is very … English.

Their epic journey took two weeks, but for some it was a lifetime. Friendships were made and broken. There were love affairs and fights; dancing and dominoes; gambling and racism. Many of the young people on board that ship had never left their parents or their parishes, let alone their islands. Their lives would never be the same again.

Much has been written about the Windrush generation after their arrival in Britain, but the passengers’ back stories and experiences on board the ship have been little explored – until now. Joyful and poignant, this irresistible début novel brings their hopes and dreams to vivid life.

This is Tony Fairweather’s first book despite the fact that he has been in the publishing business for most of his life. He was born in Clapham, south London, to Jamaican parents – his mother is now in her 90s, but his father died in his early 60s.

He opened one of the first black bookshop and art gallery named Narada, which was located under the Brixton Recreation Centre, south London. He then moved on to manage The Voice Book Club for the black newspaper, before he founded an events company called The Write Thing in 1989 to promote black authors. This led to him working with a veritable who’s who of the black literary world, including Bernardine Evaristo, Dr Maya Angelou, Alice Walker, Toni Morrison, Terry McMillan, and many more.

Fairweather is also the founder and curator of the Windrush Collection, a touring exhibition of artefacts associated with the Windrush generation.

It is why writing this historical fiction novel is very special to him. When asked what drove him to tell the back story of those passengers who came on the Windrush Empire and the many other ship journeys which followed, he said:

“I decided after the Windrush scandal in 2017, I wanted to put a face to those people, how did it happen, how did they get involved with this and show that they are human beings, real people, so I felt compelled to go back to when they actually got on the ship and what were they doing on their respective islands.

“The ship actually went to Trinidad, Mexico, Cuba, Jamaica and Bermuda and took two weeks before it arrived at Tilbury docks. At each stop different characters got on it. But before they got on, you get to read about their background. It is historical fiction, a mixture of true stories told to me and what came out of my brain to make the book what it is.

“This puts a light on things as all these characters start their long two-week journey. They start mixing on board the ship with ex-Caribbean soldiers and other people in there and then all the adventures begin. Relationships were formed, some had disagreements and you get immersed into those discussions as you find out what the soldiers thought about the war, how they were treated, what people were going to do when they get to England.

“Some people even formed businesses while on the ship. I remember a Mr Graham once told me that when he was coming over on another ship, he met a fellow passenger and they set up an auto-mechanic business and he had that business until the day he passed. We didn’t just come with cap in hand; we came to work to better ourselves in the ‘mother country’ as that was indoctrinated into us, especially Jamaicans.”

Fairweather also wants the true story about the Windrush to be known. He said: “What we must remember is that the Windrush ship was a propaganda story from start to finish.

“After the war, Britain was on its knees and industry was at a standstill. The British Empire was out there so they said let’s bring in the workers. The King of England encouraged the British government to send out invitations for the people in the Commonwealth to come; we were invited to come here. Even some people with special skills were given free tickets to come and stay for five years.

“When the ship arrived at Tilbury, all those pictures you see of people embarking the ship with happy smiling faces were used on PatheNews and BBC films to promote Britain and let the population feel at ease with all these black people coming over from the Caribbean. You do not see films of other ships that came after, or even the two ships which came in 1947, one carrying 270 people and the other carrying 475 people, one of which was a banana boat.

“My dad always said to me that he came here to stay for five years, like most people who came then. Almost everybody I spoke with for the book said they came to stay for five years, make some money and send it back home. But as people at home began to expect that money, you didn’t want to leave with an income coming in so they would come along, too, and that’s how the whole migration chain started.”

But the Windrush scandal of 2017 has blighted all that history and Fairweather has one word to describe it: disgusting.

He said: “It was blatant racism because it’s not as if these people didn’t pay their taxes, bought their homes, put their children through school, they did everything by the books and then to get a knock on the door to say you are actually illegal in this country is disgusting.”

It is why he now has plans to write a second book, which will look at life after Windrush.

For now, however, he is looking forward to the virtual launch of his first novel Twenty-Eight Pounds Ten Shillings - a Windrush Story on May 26 when he will be in conversation with writer and filmmaker, Veronica McKenzie.

The book will be published in June, but persons may pre-order from www.hoperoadpublishing.com and get a signed hardback copy. The book will also be available in Jamaica at Sangsters Book Stores.