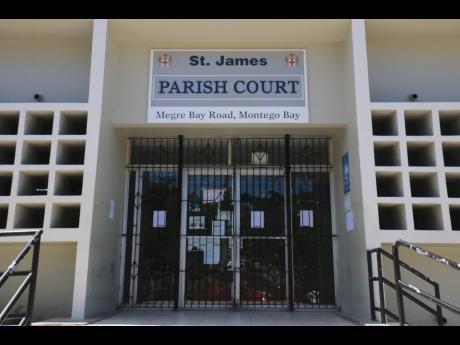 The trial will continue on June 1.

A policeman has told a court how businessman Michael Issa, hurled abuse at him and colleagues as they sought to arrest him in January.

Detective Sergeant Michael Chisholm made the assertions in the St James Parish Court while giving evidence at today's start of the trial.

Issa is charged with indecent language, abusive language, and resisting arrest in relation to a past firearm charge.

He is being represented by attorney-at-law Michael Hemmings.

Chisholm, who is the case's investigative officer, testified that Issa reported his firearm missing on December 17, 2021, but two days later indicated that it was found.

However, Chisholm said Issa did not comply with instructions to submit the gun in for testing.

The court was further told that on January 13, 2022, Issa went to the Montego Bay Police Station with his lawyer Gordon Brown for reasons unrelated to the firearm matter.

The detective said when he confronted Issa about the gun, Issa hurled expletives at the officers and tried to resist when they sought to take him into custody.

Meanwhile, presiding judge Kaysha Grant rebuffed attorney Hemmings' objection to the prosecution's desire for the station diary to be brought in as evidence.

Hemmings argued that the diary entry related to the loss of firearm charge which had already been dismissed.

"The Crown is at liberty to call witnesses and tender exhibits as they please. This court cannot lawfully fetter what the Crown decides to do," said Grant.

The trial will continue on June 1, at which time the station diary is expected to be brought before the court.

Issa was arrested and charged with negligent loss of firearm, resisting arrest, and indecent language on the night of January 13, hours after his stepson Gabriel King was murdered.

It is understood that the loss of the firearm was not connected to the death of the child.