Falmouth infirmary set to be spruced 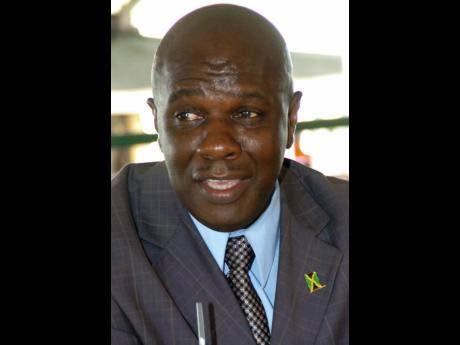 The infirmary in Falmouth, Trelawny, is set to be spruced on Labour Day.

Speaking with The Gleaner, Mayor of Falmouth C Junior Gager said that “the infirmary is set to receive special attention as the municipality’s Labour Day project. We will be cleaning the compound, apply paint jobs as necessary and generally making the residents feel that they are not abandoned nor forgotten”.

Questioned about receiving new people, he said “that decision rests with the Minister of Local Government Desmond Mckenzie and how the parish’s COVID-19 cases are controlled”.

Infirmaries throughout Jamaica share the same responsibility. They are charged to provide nursing care and provide diet based on the needs of the individual.

It has been two years since the infirmary has accepted any new person.

The mayor also disclosed that the drop-in centre has increased its feeding numbers.

“When we started, we fed 12 people for lunches only. That number has not only reached 40, but a breakfast programme has been added. Not only are they fed, but clothing have been bought for those in need. Thanks go out to corporate Jamaica for their involvement in both cash and kind.”

A $25-million building to provide further support for the homeless is being constructed.

“ This building will, among other needs, have male and female bathrooms attached. Those who need can sleep at nights,” Gager informed.

The Gleaner was informed of two persons who are waiting to become residents. Albert Reid, 80, has his home burnt to the ground. He now lives with friends who came to his rescue. His National Insurance Scheme pension and the benevolence of the William Knibb Baptist Church takes care of his needs.

The other person is Morris ‘Rassimong’ Small. He has been locked up for the last 17 years. He was last in court on July 30, 2020, for smashing the windscreen of a motorist in 2004. In court, based on a psychiatrist report, he was deemed ‘not fit to plead’. It was recommended that he be placed in the infirmary. The municipality decided against accepting him. Gager informed that “there were unresolved issues in relation to Small’s previous residence at the infirmary”.

He declined to provide the details.