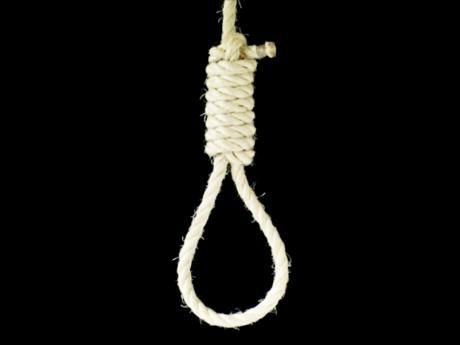 The Privy Council says it was not persuaded by judgments of the Caribbean Court of Justice in mandatory death sentence cases.

The United Kingdom Privy Council has ruled that the mandatory death penalty in Trinidad and Tobago is not unconstitutional.

The Trinidad appeal which was brought by Jay Chandler, a prisoner, challenged the constitutionality of the automatic death sentences being imposed on anyone convicted of murder.

Trinidad and Tobago is the only country in the English-speaking Caribbean that retains the mandatory death penalty.

On August 17,  2011, Chandler was convicted of murder and sentenced to death by hanging.  The appellate court in 2013 upheld his conviction and sentence.

Chandler, who was claimed to be mentally ill, appealed to the Privy Council which, by a majority decision in 2018, upheld the murder conviction for killing another inmate in 2004.

He escaped the hangman's noose because of the Privy Council's ruling in the Jamaican case of Pratt and Morgan.

The Pratt and Morgan case imposed a five-year limit from the time of sentencing to the carrying out of the death penalty.

Chandler was sentenced to life imprisonment. No one has been executed in Trinidad  and Tobago since 1999.

The constitutional question raised was whether the mandatory death penalty is contrary to the Trinidad and Tobago Constitution that was adopted in 1976 when the country became a republic.

Chandler's lawyers argued that the mandatory death penalty was unconstitutional.

His appeal was based on a ruling by the Caribbean Court of Justice in 2018 that the mandatory death penalty in Barbados violated rights protected under the Constitution of Barbados.

The point of law raised was of such great importance that nine law lords considered the appeal.

The Privy Council ruled in Chandler's case that the 1976 Constitution saves existing laws, including the death penalty from constitutional challenge.

The consequence of that is that the state of Trinidad has a statutory rule which mandates the imposition of a sentence , which will often be disproportionate and unjust.

"It is striking that there remains on the statute  book a provision which, as the government accepts, cruel and  unusual punishment because it mandates the death penalty without regard to the degree of culpability. Nonetheless, such a provision is not unconstitutional,” the Privy Council said.

The Privy Council noted that policy questions posed by the savings clause are not limited to the mandatory death penalty but apply also to other preserved laws which are inconsistent with the fundamental rights enshrined in the 1976 Constitution.

"The 1976 Constitution has allocated to the Parliament of Trinidad and Tobago, as the democratic organ of government, the task of reforming and updating the law, including such laws. Those laws will continue to exist only so long as Parliament chooses to retain them," a press statement of the ruling noted of the 38-page decision.

The Privy Council on the CCJ: "The Board recognises the right of the CCJ to develop its own jurisprudence, and does not question the outcome of the decisions in Nervais and McEwan, each of which could be distinguished from Matthew. Nonetheless, the Board is not persuaded by the judgments of the CCJ in Nervais and McEwan that Matthew was wrongly decided or that the law went in a wrong direction in that decision."

The Matthew opinion that the Privy Council supported: The Privy Council held that the savings clause in section 6 of the 1976 Constitution preserves the lawfulness of the mandatory death penalty despite its inconsistency with fundamental rights which that Constitution would otherwise protect.

The 2018 Nervais case summarised by the Privy Council: In Nervais, the CCJ heard and upheld appeals from Barbados against mandatory death sentences under section 2 of the Offences Against the Person Act 1868. Then CCJ president Justice Dennis Byron delivered the detailed leading judgmen. In that judgment the CCJ recorded that the state of Barbados had accepted the ruling of the Inter-American Court of Human Rights that the mandatory death penalty was a breach of the American Convention on Human Rights and had introduced legislation to remedy that breach of international law.

The McEwan case summarised by the Privy Council: In McEwan the CCJ heard an appeal concerning the question whether the savings clause in the Constitution of Guyana protected an existing law against a constitutional challenge. The law was a provision of the Summary Jurisdiction (Offences) Act 1893 (the “cross-dressing law”), which made it an offence for a man to wear female clothing in a public place for an improper purpose. The constitutional challenge was on the grounds of non-discrimination, equality and freedom of expression. The CCJ unanimously allowed the appeal.