CARICOM fails to get consensus on candidate for Commonwealth secretary general 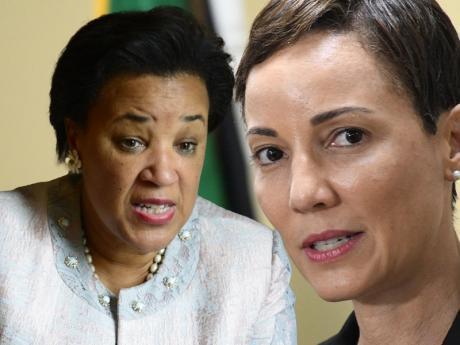 The fractured Caribbean Community (CARICOM) says member states will vote for who they prefer for Commonwealth secretary general when the election takes place in June in Rwanda.

This afternoon's brief statement from CARICOM chairman John Briceno appears to be a clear indication that efforts to have a consensus on a single contender have failed.

Jamaica shocked the region when it announced that Foreign Affairs and Foreign Trade Minister, Kamina Johnson Smith, would challenge the incumbent and Dominica-born Baroness Patricia Scotland for the top executive post of the 54-member organisation.

A week after the announcement, CARICOM leaders called an emergency meeting, promising that the two parties and other government officials would meet.

But the statement from Briceno, who is the Prime Minister of Belize, does not address whether the meetings were held. Both contenders have insisted on staying in the race.

CARICOM leaders had expressed “overwhelming support” at a meeting in Belize but Jamaica has insisted that there was no unanimous position and harmonisation of foreign policy positions is not mandatory. The CARICOM treaty encourages policy coordination.

The Commonwealth has a rotation practice and Scotland was appointed in 2016 on the Caribbean's turn, with a second term typically guaranteed.

Her first term should have ended in 2020 but it has been extended because COVID-19 prevented Commonwealth heads from meeting in person to decide.

Last week, the Jamaican government dismissed a claim by Scotland that there is "no vacancy" and that Johnson Smith should back out.

Tuvalu has fielded a candidate.

CARICOM is insisting that it is the Caribbean's turn to provide a candidate.

“I think Jamaica's proposed candidature for Commonwealth Secretary General, is a monumental error, which could only serve to divide the Caribbean,” argued Gaston Browne, the prime minister of Antigua and Barbuda when Jamaica announced its candidacy.

Some regional leaders have reportedly expressed support for Johnson Smith who has won endorsement from the Maldives and Singapore, with big funders the United Kingdom, Australia and Canada also said to be in her corner.

Baroness Scotland has been criticised for her leadership of the body headed by Britain's Queen Elizabeth.

In that regard, two candidates from the Caribbean Community (CARICOM) have been nominated for the post, the incumbent Baroness Patricia Scotland and the Minister of Foreign Affairs and Foreign Trade of Jamaica, Senator the Honourable Kamina Johnson Smith.

Member States of the Community will vote for the candidate of their choice.