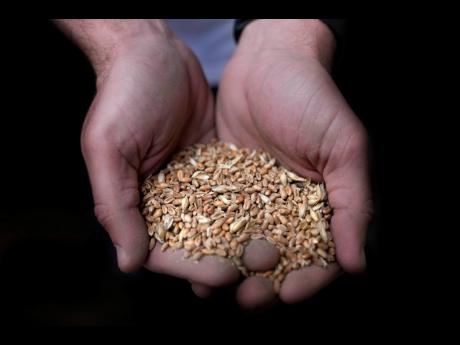 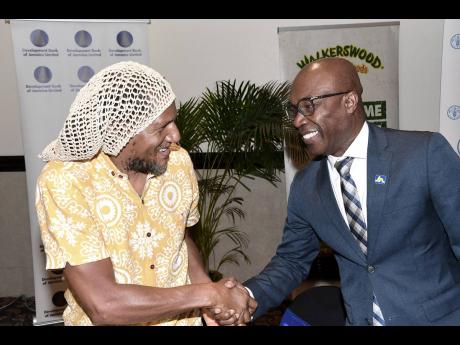 Speaking at the recent Agribusiness Investment Forum put on by the Agro-Investment Corporation, Palmer said the ongoing war between Russia and Ukraine has reignited the importance of food security for countries like Jamaica.

“These two countries, which control a very significant percentage of the world’s basic food resources, to include, wheat and corn – used in so many products that we consume – as well as fertiliser, have begun to impact our lives here in Jamaica and the Caribbean, as food inflation soars, and fears mount that they will increase even further, putting basic items out of reach and impacting the nutrition and development of our people,” he pointed out.

He noted that as Jamaica approaches 60 years as an independent country, it should move to better consolidate its Independence by strengthening its ability to feed itself.

Palmer said agriculture has contributed to the livelihoods of the Jamaican people for centuries, and it helps to reduce the country’s trade deficit, boost its food security and is a foreign exchange earner.

“Jamaican agriculture has created a global impact in providing food for other countries through export. And, in my opinion, fruits and vegetables grown in Jamaica are superior in taste and nutrition,” he said

In 2020, the agricultural sector contributed approximately 8.68 per cent to the country’s gross domestic product, according to the World Bank, and Palmer stated that he believes that this can be significantly improved through investment geared at boosting production.

He, however, identified that the country’s agricultural sector is not without its challenges, as farmers and other players in the industry often experience issues such as high capital costs, limited access to financing, high labour and energy costs, praedial larceny, natural disasters, pest infestation, among other difficulties.

Similarly, Minister of Agriculture and Fisheries Pearnel Charles Jnr, who was also present at the event, said his plan to revamp the agricultural industry involves more serious conversations regarding the provision of affordable financing for farmers by financial institutions.

To this end, Palmer noted that JN Bank Small Business Loans has put offerings in place to assist farmers with much-needed financial aid to grow their business, invest in technology or bounce back from unforeseen events.

“JN Bank has a range of solutions specifically designed to assist farmers and other players in the sector to meet challenges, and to help them achieve their goals. These include the Agriculture (regular), Agriculture Plus, and the Biz Boost Agriculture loans,” he detailed.

He stated that persons within the industry can borrow as low as $200,000 and up to $15,000,000 with flexible repayment schedules and low interest rates; and can choose from any of the three loans, based on their needs and preference.

He believes that providing farmers with the requisite funding to boost their operations is one way in which food security can be improved.

“Food security is of crucial importance to us, especially in a time like this when imports are becoming increasingly expensive. It is imperative that we grow what we eat, and eat what we grow in order to sustain ourselves,” Palmer said.