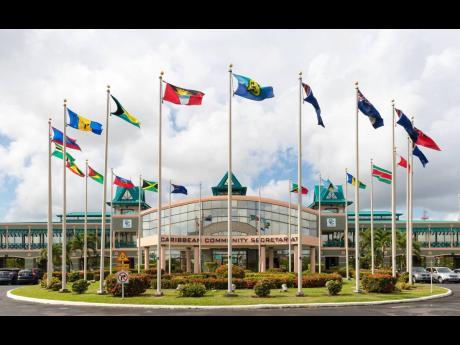 The US, which will host the meeting next month, recognises Guaidó as the head of an interim government in the South American nation. CARICOM does not.

The CARICOM Secretariat has suggested that member states reject any attempt by the Biden administration to invite Venezuela's Opposition Leader, Juan Guaidó, to next month's summit of the Americas.

“That should be a red line for CARICOM, as well as for a number of countries in Latin America,” noted a leaked discussion paper prepared by internal analysts ahead of today's start of a two-day meeting of the region's foreign ministers.

The US, which will host the meeting next month, recognises Guaidó as the head of an interim government in the South American nation. CARICOM does not.

Regional leaders are also being urged to attend if the US does not invite Cuba.

"The “Interim Government” is a political fiction created by the United States and the Lima Group in order to effect regime change in Venezuela,” the assessment said.

The paper, which has been obtained by The Gleaner, argued that Guaidó's so-called interim presidency is even more difficult to justify since his claim was based on his position as president of the National Assembly, which came to an end in January 2021.

"Any possible legitimacy to his claim therefore no longer exists and he does not even command broad popular support in Venezuela or indeed among the different factions comprising Venezuela's opposition parties. It is not a position that democratically-elected governments in CARICOM or Latin America can afford to support, either openly or tacitly."

While Jamaica made no official pronouncement, it did vote in 2019 to recognise Guiado's ambassador to the Organisation of American States.

Foreign Affairs and Foreign Trade Minister Kamina Johnson Smith defended the vote, saying among other things, it was a temporary appointment until new elections were held, and that Jamaica's supported the move not on the basis of Guaidó's self-declared position, but “in his capacity as president of the National Assembly”.

Jamaica also regularly attended meetings of the Lima Group, which was established "to coordinate participating countries' efforts and apply international pressure on Venezuela", Canada said in a 2018 statement of the presidency of Nicolás Maduro.

The summit of the Americas is the biggest political meeting in the hemisphere but at least two CARICOM leaders have raised the possibility of a CARICOM boycott if Guaidó is invited.

“If Guaidó goes to represent Venezuela, if the Americans were to do that it would be an act of folly and I think it will be unlikely that Caribbean governments would go,” Dr Ralph Gonsalves, prime minister of St Vincent and the Grenadines said earlier this month.

On Tuesday, Mexico's President Andrés Manuel López Obrador said he would not attend the summit if Cuba, Venezuela and Nicaragua are excluded.

The leaders had also expressed their support for Cuba being invited to the Summit.

The CARICOM discussion paper admits that Cuba's exclusion "presents more of a conundrum", even though it ultimately recommends that member states should go to Los Angeles for the June 6-10 meeting.

"Heads have maintained principled support for Cuba's inclusion in the summit but it is highly unlikely that Cuba would attend, even if invited, as the Biden administration has done very little to undo the damage done to relations with Cuba by the Trump administration," it said.

It added: "CARICOM members may wish to consider their own interests in a hemisphere in which the United States is still the hegemon and in partnership with whom the region stands to gain the most in terms of trade, investment and cooperation."