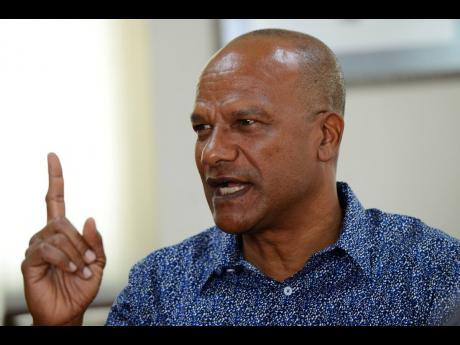 Bunting: "This is unfair and the Government should see to it that this distinction be discontinued." -File photo.

Opposition Spokesperson on National Security Peter Bunting is advocating for a closing of the gap in death benefits to the relatives of fallen members of the constabulary force.

He was addressing the 79th Annual Conference of the Jamaica Police Federation at Ocean 10 Hotel in Coral Spring, Trelawny.

“This is unfair and the Government should see to it that this distinction be discontinued," Bunting charged.

The opposition spokesperson said the change is needed given the important role played by members of the constabulary force.

"It is one of the most stressful occupations known to man. The murder rate in Jamaica makes it more stressful," he said.

"What we see on social media emphasises the difference in how officers are trained. The training of soldiers is different from that of the police. The incident where a soldier is seen using his rifle to beat a pregnant woman shows the difference in training. The Jamaica Defence Force (JDF) cannot do the work of the police. They are not equipped so to do," Bunting said.