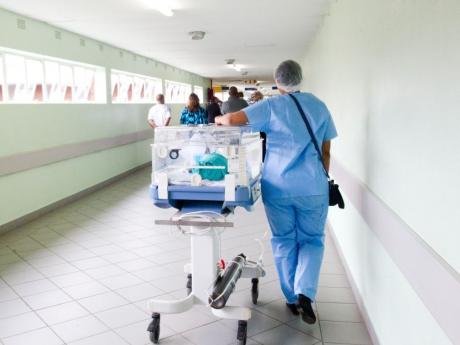 Between April 25 and May 15, nine children have been hospitalised after contracting the virus. -Contributed photo.

Two infants are among the three severely and critically ill people who have been hospitalised with COVID-19, as the number of children occupying bed space at health facilities across Jamaica climb.

Dr Naydene Williams, director of health services, planning and integration in the Ministry of Health and Wellness, made the disclosure while speaking to journalists during this morning's virtual COVID Conversations.

Williams said that a one-month-old neonate, with “significant” comorbidities, is the only critically ill person being treated at hospital, while a one-year-old is one of two people listed as severely ill.

She said that infant has been diagnosed with severe heart disease.

“So, it is important to note with respect to our severely ill there had been a significant decrease in the numbers but we do note that there is a mild uptick over the last three weeks,”said Williams, who added that there has been a slight increase in hospitalisations, with 79 people taking up bed space.

She said a breakdown of hospitalisation shows that in the last three weeks, there has been “a creep up”, in particular, in the number of children who have been hospitalised with COVID-19.

Between April 25 and May 15, nine children have been hospitalised after contracting the virus.

At the same time, chief medical officer Dr Jacquiline Bisasor-McKenzie said the health ministry is moving to procure approved COVID-19 vaccines for children between the ages of five and 11.

Bisasor-McKenzie said the ministry is in dialogue with several countries to acquire the vaccines.

Already, several schools have been forced to revert to online classes for some grades amid an outbreak among their populations.

COVID-19 vaccines are available to students 12 years and older.

“We have good indications from the United Kingdom and from Spain that we could get five to 11 vaccines available. However, we don't have a specific time on when these would arrive in country,” Bisasor-McKenzie said.

As a result, she said that the health ministry is not yet in a position to update the country on when administration for that age group would begin.

“We are in discussions and negotiations concerning getting these vaccines,” she said.

Only 25 per cent of Jamaica's population is vaccinated.