Injunction sought to halt Noranda mining near Cockpit Country, hearing set for May 31 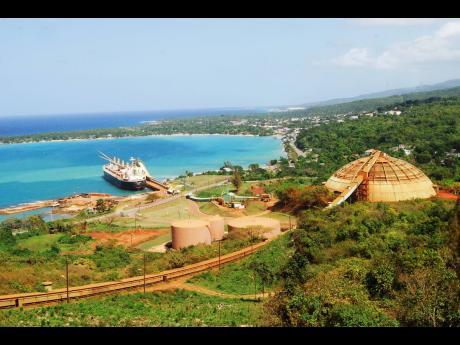 ﻿The Southern Trelawny Environment Agency and farmer Clifton Barrett are seeking an injunction from the Supreme Court to bar Noranda Jamaica Bauxite Partners II and New Day Aluminum (Jamaica) Limited from any mining activity until a case against them has been decided.

The application for restraining orders, which names the Attorney General as first defendant, has been set for May 31.

The claimants are suing the Attorney General and the bauxite companies over the proposed mining in sections of St Ann and Trelawny. The trial is down for October 24 - 27 and 31.

Now, they want the court to block any activity before the trial takes place, hence the injunction that was applied for on March 29.

The claimants state in court documents filed by the law firm Hylton Powell that prior to commencing any mining or other activity in the Special Mining Lease (SML) 173 Area, the third defendant, New Day, was required to obtain the relevant permit from the National Environment and Planning Agency/ Natural Resources Conservation Authority.

The permit to mine in areas near the ecologically sensitive-Cockpit Country was released in February.

On March 3, Noranda and New Day indicated that they intended to start work preparatory to mining this year, the claimants are contending.

They argue that unless restrained by the court, the defendants threaten and intend to commit constitutional breaches.

If the defendants are allowed to proceed  or continue, the injury to the community and environment will be irreparable and the court's judgment at trial may be rendered nugatory since the damage would have already been done, the claimants said.

The SML 173 mining lease dated August 28, 2018 between the government and New Day establishes over 1,200 hectares of land for mining.

It provides for New Day to appoint Noranda as its agent to mine the bauxite and perform other related activities.

The defendants, which are being represented by the law firm Patterson Mair Hamilton, have rejected the claimants arguments, noting that issues relating to their operation have been in the public domain for some time now.

"We maintain that no aspect of Noranda Jamaica Bauxite Partners II or New Day (Alumina) Jamaica Limited's operation will or may lead to "irreparable harm" as you have asserted. We make no further comment at this time," the firm said in a March 21 response to the claimants.

In his affidavit, executive director of Southern Trelawny Environment Agency, Hugh Dixon, claimed Noranda's intention to start work this year in Industry Pen will dislocate residents and destroy the lands they use to make their livelihood.

He also expressed concern that New Day and Noranda would be going ahead with its project with an outstanding court matter.

"I believe the risk of injustice favours the grant of interim injunctions," Dixon said, noting that if it's later decided that the injunctions should not have been granted, New Day/Noranda "would suffer a relatively short delay in beginning its planned activity".

The Government of Jamaica has a 51 per cent stake in Noranda Jamaica Bauxite Partners II, with the remaining 49 per cent owned by the London-based Concord Resources Limited through New Day.

Last year, Noranda advised that the original area proposed for mining had been reduced by 25 per cent from 8,335 hectares to 6,226 hectares. Only about 18 per cent of the reduced area will be mined.

A section of the original SML 173 had also been excluded from the modified proposal. The proposed mining area falls outside of the designated Cockpit Country protected area.

The area given up by Noranda, referred to as the clawed-back area, contains bauxite but there will be no mining there, revealed Noranda consultant, Dr Conrad Douglas of Conrad Douglas and Associates at public meeting last November.

It is proposed that mining activities will be undertaken in five-year cycles for 25 years, with the rate of dry bauxite production estimated as high as six million dry metric tonnes per annum.

“This has potential to earn about US$150m per year to the Jamaican economy,” Douglas said.