Jamaica-born Renee Wright makes strides in the ‘Land Down Under’ 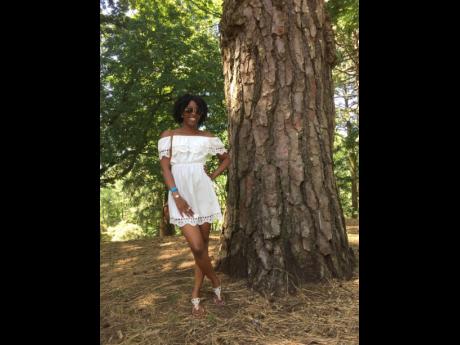 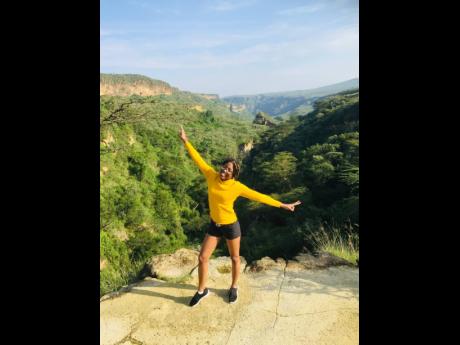 Contributed
Dr Renee Wright ‘on top of the world’.
1
2

In the land of the Great Barrier Reef and the country commonly referred to as the ‘Land Down Under’, Jamaican Dr Renee Wright has dared to make a new life.

Australia has been her home for the last six years and is where she has studied, worked and found love.

Wright, an only child, was raised in Black River, St Elizabeth, in a single-parent household with her mother, Corine.

She has 18 siblings on her father’s side and is sixth in line.

The 34-year-old recalled that life was difficult and she had no choice but to use education as her means of upward mobility.

“My mother supported my education and empowerment. During my primary school years, she enrolled in sewing classes and was paid a stipend of $500 per week, which she used to support our household. I recall that no matter how little the money was that she gave me, I would save it and use it to buy the books I needed so that she wouldn’t have to,” Wright said.

She sat the Grade Six Achievement Test at Black River Primary School and was the only student to earn a place at Holy Childhood High School in St Andrew.

That accomplishment presented even more challenges for the pre-teen student, who initially resided with her aunt, in order to attend school.

“I ended up having to move in with various strangers at different stages of my educational journey. Some of those situations were terrible but I didn’t let the challenges of being in a strange or toxic environment corrupt my convictions,” she explained.

The University of the West Indies was Wright’s launching pad.

She completed a bachelor’s degree in history and international relations, but not without placement on the deregistration list a couple times, for failure to pay her tuition.

On those occasions, her mother, who by then operated a beauty supply store, pooled together her scarce resources with those of Wright’s best friend, Racquel, to help her out.

“Later on, I was able to receive scholarships on both occasions, one for a master’s in international relations to Russia and another for a PhD in global, urban and social studies in Australia,” Wright told The Gleaner, adding that she had also received partial scholarships from Italy and Germany for a PhD.

Australia seemed like the logical next step in her academic career as the Royal Melbourne Institute of Technology was the only university that offered her a full scholarship to pursue her PhD.

She resides in the city of Melbourne, which is 15 hours ahead of Jamaica, and enjoys warm summers, glorious springs, mild autumns and crisp winters.

“My transition was made much easier by the assistance of a dear friend and fellow Jamaican, Samuel, whom I met through another friend. Sam took me in and even accompanied me to my first orientation. It also helped that Australia is a pretty relaxed place,” she said of her transition.

Wright finished her PhD a year ahead of schedule and graduated in absentia during the pandemic.

She is currently working on a book, set to be published later this year, which focuses on the impact of China’s foreign policy on CARICOM nations from these nations’ policymakers perspective.

She met Ivan, who she describes as her lifetime partner, and recalled that a coffee shop was chosen as the location for their first date.

“That’s a funny story. He was running 10 minutes late, so I had a cup of hot chocolate and then decided to leave. Lucky for him, he caught me on my way out,” she shared.

“My partner and I are currently able to run our own business consulting firm which involves doing social evaluations and reviews of performance processes for local government. I have also met a lot of people from different cultures who live here, which has aided both my personal and professional growth,” Wright added.

One of the main challenges she has experienced while living in Australia is the fact that she is not able to see the majority of her friends and family as much as she would like because they live in the United States, Canada and Jamaica.

“Australia is so far away from everything, which makes the longing for home overwhelming at times. I try to keep my Jamaican traditions alive by keeping in contact with my friends and family back home and in the know with local Jamaican news and stories, also by cooking stew peas and jerk chicken for my partner,” she detailed.

Last Christmas, she spent quality time with her partner’s family and her friends and on Boxing Day, Wright and Ivan flew to Jamaica for the first time to meet her family.

She has no plans to return home just yet but is keen on making a contribution to the land of her birth.

Along with her best friend, Wright will be setting up some healthcare and literacy programmes to benefit some of Jamaica’s most vulnerable.

“My advice to those seeking to come to Australia is for them to just do it! I understand the challenges surrounding moving to a place so far away and so far-removed from home, but it truly is a wonderful place with a myriad of opportunities. Australia is culturally diverse, provides excellent education and is extremely welcoming,” Wright remarked.