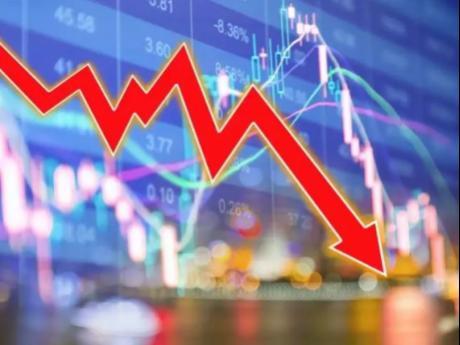 The Jamaica Manufacturers and Exporters Association says it is "extremely concerned" that a tighter monetary policy stance by the Bank of Jamaica "presents a risk to Jamaica’s short to medium-term economic growth prospects".

The Jamaica Manufacturers and Exporters Association (JMEA) is angry at the Bank of Jamaica (BOJ) for another interest rate increase, saying the move will trigger price hikes for basic food items and ultimately risking an economic recession.

"Continued interest rate hike does not facilitate business but will only kill operations!" it said in a statement this evening, adding "our people are suffering from underemployment and increased cost of food, energy, and transportation, and we cannot afford to derail the small improvements in the economy currently taking place."

The BOJ, whose monetary decisions are independent of the Dr Nigel Clarke-led Finance Ministry, advised yesterday that an increase in its policy rate would take effect today.

The policy interest rate, which is the rate offered to deposit-taking institutions on overnight placements with the central bank, increased to 5 per cent per annum from 4.50 per cent.

It is the sixth rate hike by the monetary policy authority in months as it seeks to rein in inflation, which was 11.8 per cent as at April 2022. The BOJ's target range is 4-6 per cent.

But the private sector group says it is "extremely concerned" that a tighter monetary policy stance "presents a risk to Jamaica's short to medium-term economic growth prospects".

They added that the economy is in "a delicate stage, and it is the responsibility of policymakers to act within this context".

For manufacturing, the group says the supply chain crisis requires industry players to access financing to run high inventories, to supply critical goods. "The world is on the brink of famine as many countries hug their food supplies. The Government should be supporting local manufacturers and farmers to make sure Jamaicans have food, fertiliser, and oil to survive this global crisis."

"Jamaica, like the US is at a point where further increases in interest rates could lead to a recession. Looming external risks may cause a downturn in tourism and a reduction in income of Jamaicans living in the US, which will impact remittances, coupled with our domestic matters, would undoubtedly derail any possibility of the economy meeting its growth target."

The JMEA argued that like other countries, Jamaica still faces adverse macroeconomic conditions due to the COVID-19 pandemic, supply chain, and logistics crises that have been aggravated by the Ukraine-Russia war.

"Jamaica is not alone, but we are extremely vulnerable given our economic dependency to these large economies and years of minimal growth!" it said, pointing to estimates showing that the Jamaican economy grew by 4.6 per cent in 2021, below the expected range of 7 -10 per cent initially predicted.

In its statement yesterday, the BOJ said inflation is predicted to rise further over the next two months but fall in the second half of the year, consistent with projections for a decline in commodity prices.

"This means that the public should start to see lower inflation rates each month, beginning in the second half of 2022, as long as tensions between Russia and Ukraine do not escalate and inflation among Jamaica's trading partners falls."

The BOJ said majority members of its Monetary Policy Committee agreed to the increase to limit the pass-through of higher international commodity prices and facilitate a return of inflation to the target range in the shortest possible time period.

It said the decisions reflect a cumulative increase in the policy rate of 450 basis points since October 2021, which has taken the policy rate "close to the level that the committee considers appropriate".