One of St James' most wanted captured, weeping 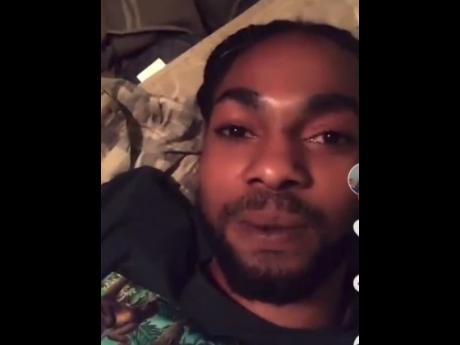 Nickeelo 'Akelio' Lewis, one of the most wanted men in St James, is now in custody.

He was captured after police intercepted a car he was travelling in along the Reading main road in Montego Bay, this afternoon.

Lewis, who resides in Lilliput, St James, was wanted for murder and shooting with intent.

Another man who was in the Nissan Ad Wagon with him, was also arrested.

Lewis wept openly, as he pleaded with the officers to save his life, a police source said.

“The cowards who are willing to kill unarmed civilians are so nervous when held by the police,” said the official.

Three weeks ago, Lewis was listed among persons of interest by Deputy Superintendent of Police Clive Wright.

The police say Lewis was implicated in the murder of Chevaine Stephens, otherwise called 'Alex', who was shot dead in Ocean Heights, Lilliput, on January 4.