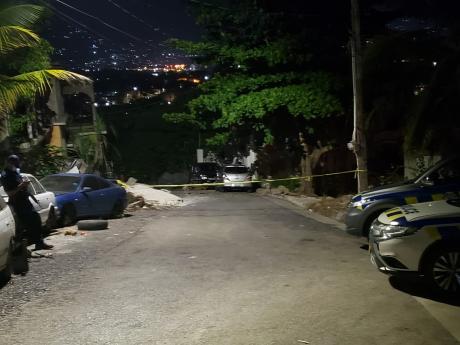 One man is dead and four other persons hospitalised after gunmen went on a rampage on Marl Road, Rose Heights in St. James, this afternoon.

The gunmen allegedly went into a home at approximately 4:00 p.m., and opened fire on five persons who were inside, reports say.

One of the five was pronounced dead at the Cornwall Regional Hospital in the parish.

Investigators are still at the scene.

The area is reportedly tense.

This is the second murder in three days in St James.

On Monday, a man was killed in Hendon, Norwood, near the Zone of Special Operations at about 10:00 p.m.

He was shot several times in the face by his attackers.

Murders in Jamaica have increased by 6.5 per cent.

The latest crime statistics published by the Jamaica Constabulary Force is indicating that, up to Monday, May 23, thirty-five more people have been killed in 2022 when compared to the similar period in 2021.