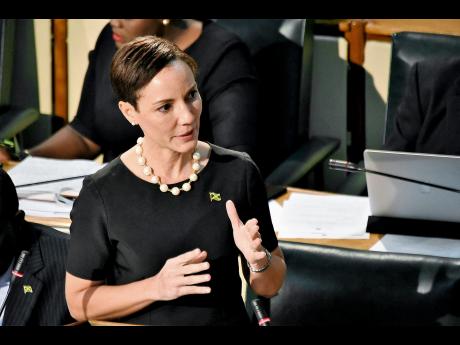 Belize's Prime Minister John Briceno said Minister Johnson Smith has a wealth of experience, being in her second term as foreign minister. He noted that Johnson Smith chairs numerous regional and international committees and has articulated a vision for the Commonwealth that he believes it needs.

He added that Johnson Smith has demonstrated the capacity to unify and promote collaboration and cooperation for the development of each Commonwealth member state.

In welcoming this latest endorsement, Prime Minister Holness said “Belize's support for Minister Johnson Smith's candidature is deeply appreciated and confirms that she has been a strong, consistent and effective voice within CARICOM and in international fora, characteristics she will bring to the post of Commonwealth Secretary General.”

Holness added that Johnson Smith's track record “demonstrates that she will do excellently in taking the Commonwealth forward”.

Minister Johnson Smith has also expressed appreciation for Belize's endorsement, as she continues on her campaign to become Secretary General of the Commonwealth.