Tufton addresses concerns about sovereignty and the WHO 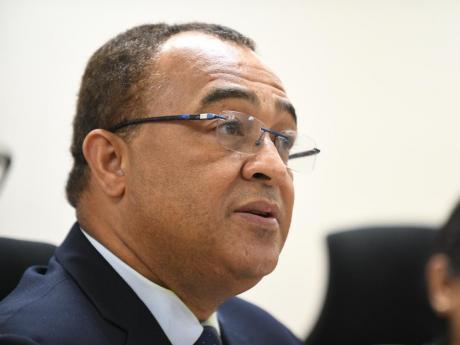 Minister of Health and Wellness Dr Christopher Tufton has sought to quiet concerns that Governments participating in the 75th World Health Assembly (WHA) would cede their sovereignty to the World Health Organisation (WHO) in matters of public health.

The assembly, which is being held in Geneva, Switzerland, is, among other things, contemplating the International Health Regulations (IHR), 2005.

He said that over the last two years, many countries have felt that the IHR needed to be strengthened as there were areas of response that could have been handled differently in the (COVID19) pandemic.

“There has been discussion on the different approaches that can be taken to strengthen the response in future events. Jamaica has been involved in these discussions,” the health minister said in a statement today.

He explained that the Special Session of the WHA, at the 150th Session of the Executive in January 2022, adopted a decision, by consensus, requesting dedicated time to allow for discussions on strengthening the regulations and urged member states to take all appropriate measures to consider potential amendments.

Tufton noted that in keeping with this, the United States has tabled proposals, some of which are fuelling the discussions that are now being held in the public space about governments ceding sovereignty to the WHO.

“These proposals, except for one, have not received support from many countries and are therefore not up for any adoption by the World Health Assembly. Specifically, currently there are no conference papers on any decisions for countries ceding authority to the WHO,” Tufton said.

He said the current conference paper on IHR amendments is a change that seeks only to reduce the period for entry into force for any amendments to the International Health Regulations (2005).

“This is the only proposal from the USA that is being contemplated now. The matter is being discussed within the context of the WHA with a view to finding consensus between those who wish for a shorter time period and others who would wish to have a longer time to provide greater policy space for implementation,” the health minister noted.

He said Jamaica's statement to the WHA on the matter reiterates that the process for amendments to the IHR must be guided by principles such as consensus, equity, solidarity, inclusivity, transparency, and respect for national sovereignty.

“Jamaica will continue to participate in discussions to strengthen implementation and compliance with the IHR,” he said.