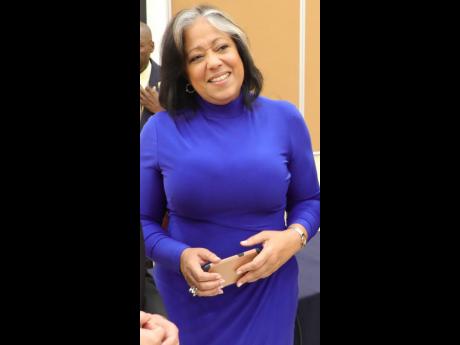 Former permanent secretary in the Ministry of Science, Energy and Technology (MSET), Hillary Alexander, testified on Wednesday that she was in the dark about the travel arrangements and payment for the Venezuelan members of the Petrojam board of directors, and could not say if taxpayers’ money was ever used to cover their overseas travel expenses.

The then chief accounting officer, who testified that she had spent 10 years in the post before her resignation in 2018, admitted under cross-examination from defence counsel Bert Samuels that although she was aware that three Venezuelan directors had been on the board, she was not aware that they travelled from their home country for meetings in the island. She also said she was not aware that the cost was footed by Petrojam.

“I do not know of their travel arrangements,” declared Alexander, during her testimony in the ongoing fraud trial of former Petrojam chairman Dr Perceval Bahado Singh and former Petrojam General Manager Floyd Grindley in the Kingston and St Andrew Parish Court.

Both Petrojam former bigwigs are being tried on several charges in connection to alleged fraudulent travel allowances claims amounting to US$73,620. Grindley is alleged to have aided the former chairman in making the fraudulent claims.

Alexander also could not recall ever seeing an application for overseas travel for William Matinez, former Venezuelan Petrojam chairman.

“I suggest you well know that the travel expense for the Venezuelan was covered by Petrojam,” Samuels, who is representing Singh, said to her.

“I have never been asked to approve any travel application,” she replied.

“I suggest you well know that it was taxpayers’ money that paid for the Venezuelans’ overseas travels,” Samuels pressed.

She also denied being fully aware that Martinez’s travel arrangements were made and paid for by Petrojam.

“I can say that this ministry has never been called on to approve the travel expenses for the Venezuelan board members,” Alexander further pointed out.

However, the former permanent secretary, during cross-examination by Grindley’s lawyer, K.D. Knight, QC, agreed that the Venezuelan board members ought not to have been treated differently from other board members.

She accepted that there should have been equal treatment for all board members.

Alexander further admitted that she was not aware of any prohibition barring foreigners from serving on the board.

The permanent secretary was observed sighing in many instances before providing responses, many of which were to Knight’s dissatisfaction. She was also asked about the amendment to change the meaning of ‘overseas travel’, which had been documented as ‘travel from Jamaica to a foreign country’.

However, Alexander told the court that she did not know if it was ever amended, even though she was among those who were charged with the responsibility of ensuring that approvals for overseas travels were obtained.

“I would have operated within what was existing at the time,” she shared.

The trial was adjourned until Friday.