Jamaican named as member of American Academy of Arts and Sciences 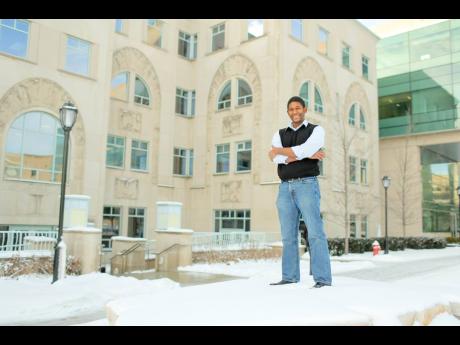 Contributed
Clement Kirabo Jackson is a 2022 member of the American Academy of Arts and Sciences.

Jamaican Clement Kirabo Jackson is a 2022 member of the American Academy of Arts and Sciences.

The American Academy of Arts & Sciences, founded in 1780, is both an honorary society that recognises and celebrates the excellence of its members and an independent research centre, convening leaders from across disciplines, professions, and perspectives to address significant challenges.

Jackson joins such notable and distinguished individuals to be elected to the Academy as Martin Luther King Jr, Condoleezza Rice, Stephen Hawking, Charles Darwin, Alexander Hamilton, John Legend, Joan Baez, and many others.

He was selected for his work in economics and education.

Jackson, whose father is Jamaican, spent his early years in Jamaica and attended Hillel Academy. His father, Clement, was the first director of the Planning Institute of Jamaica. His mother June Jackson, who is Trinidadian, was a lecturer in mathematics at what is now the University of Technology.

Jackson was elected to the academy because of his body of work researching education and the financing of education.

He said that his research was based on coming up with ways to measure students’ skills instead of using the testing measure, as is currently done. It also measures the input of teachers for training in adulthood.

Further, he also looked at educational expenditure because he was convinced that the monies spent showed that it did not, in many instances, made a significant difference to the learning process.

He told The Gleaner that he previously had discussions with Andrew Holness about the Jamaican system when he was minister of education.

Jackson noted that the educational systems in Jamaica, Trinidad, and other similar countries did not educate the whole person, and did not do enough to effect certain social issues such as teen pregnancies.

“Because of this, we have seem a disengagement from education by students, especially among boys,” he said.

He believes that a shift from the rigid testing system would make sense and benefit students.

“Education needs to have a focus on the social aspect of the child and not just the passing of exams,” he said.

He believes, further, that by strategising the educational system, inequality in the system will be reduced and allow for the development of the whole child.

“Studies have shown that where more monies are spent on education, it did not materially affect the outcome, compared with schools with less funding,” said Jackson.

According to Jackson, governments should consider an equity-based system.

Jackson also wants to see a bigger focus on earl-childhood education, pointing out that students who are exposed to the educational system at an early age are more likely to develop in well -rounded individuals.

“Students would benefit more, and they would be better prepared,” he said.