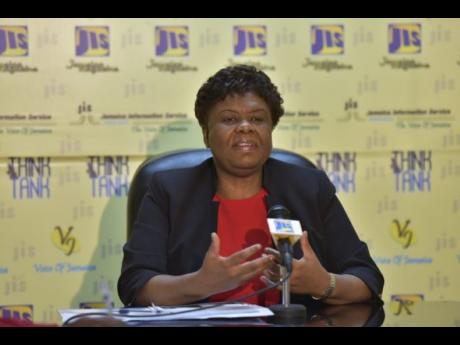 The Consumer Affairs Commission (CAC) says a code of conduct has been drafted to govern how microcredit institutions (MCIs) should operate when the Microcredit Act takes effect in July.

The law, passed in 2021, will provide a regime for the licensing and regulation of MCIs that provide loans to individuals and operators in the micro, small and medium-sized enterprises sector.

The CAC was named in the Microcredit Act as the agency responsible for investigating and handling all complaints made by consumers against MCIs.

CAC Chief Executive Officer, Dolsie Allen, says the draft code of conduct has been submitted for review to the Bank of Jamaica, which has the regulatory responsibility for MCIs.

“We are awaiting the feedback and as soon as we receive it, we will be reaching out to the major stakeholders to get their input,” said Allen said in an interview with JIS News, the government's information service.

The code of conduct, when finalised, will include the name, occupation and place of residence of the borrower; the business of the parties; the date on which the loan was made and disbursed; the loan amount; the terms of repayment and interest rate charges.

Allen said the intention of the code of conduct is to minimise disputes.

“We want an agreement; we don't want to be imposing something on the microcredit institutions. We want it to be cooperation where both parties…sat and put something together that is going to be accepted by both sets of persons,” said Allen, adding that ultimately, the CAC has a responsibility to protect consumers.

She said that regulation of the sector is intended to raise the profile of the MCIs, thus putting them “on another level”.

They have lamented that the fit and proper requirements may be too onerous on businesses.

Up to last month, about 20 members of Jamfin were said to be applying for microcredit licences.

Fewer than 100 of the estimated 200 microlenders who operate in Jamaica are members of either association. Many operate informally and below the radar, a situation that the licensing regime is intended to change.