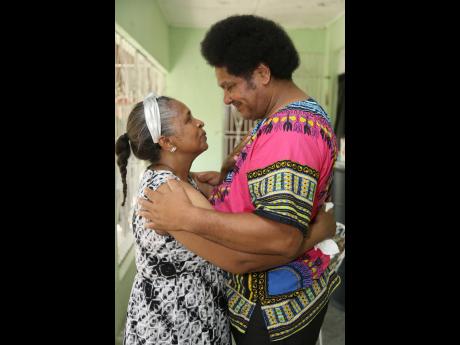 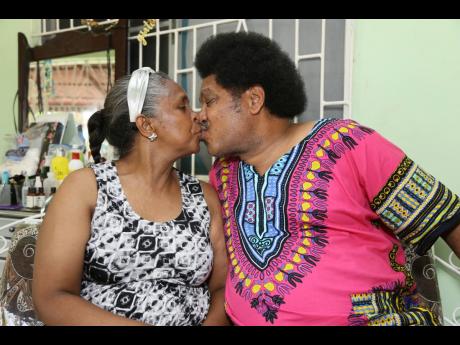 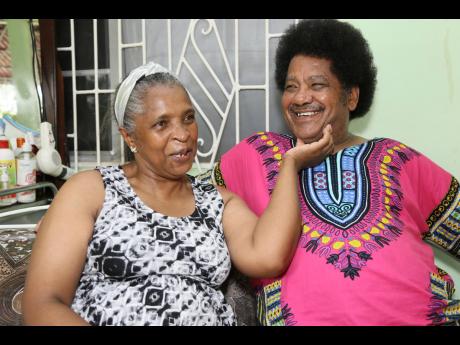 Nathaniel Stewart
When Marva Brooks and Emanuel Azan got married at ages 19 and 18 respectively, they were told that the union would not last beyond two years. Forty-four years later their love for each other is still as strong as ever. 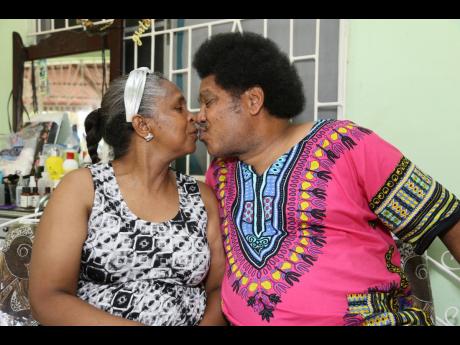 The first time Emanuel Azan laid eyes on Marva Brooks, he knew she was the one for him. The couple met on December 16, 1976, when Emanuel went to meet Marva at his sister’s request to ta

ke her to their house.

After seeing her, he was captivated by her. Following his intense stare, she asked him why he was looking at her like that.

Marva, who was 19 years old at the time, thought the 18-year-old Azan was a bit too cocky for her liking, and actually thought that he was a nut case. After a while, however, she decided to put him through the ‘acid test’ and that was to let him meet her father.

Considering all her suitors who came calling before never got past five minutes with her very protective father, Marva said that, if Emanuel made it, then there might be a chance for the relationship.

“He came in and they sat down and talked for almost four hours! I was mad because he was there to see me and yet he and my dad clicked. I don’t know what my dad saw in him, but he approved,” she shared.

Even with her father’s approval, though, Marva said she tested Emanuel for months before finally agreeing to marry him after he passed all her ‘tests’ with flying colours.

She said she was impressed by how responsible he was, unlike the other suitors. In fact, she still can’t explain it, but she knew she had to give him a chance.

Their engagement lasted only three months because ‘Manny’, as Emanuel is affectionately called, said he was not going to give her a chance to change her mind.

The odds for the survival of their marriage were two years, according to several of Manny’s friends and others who thought that they didn’t stand a chance of making the union work beyond two years.

“Because we were young, they said, I’m a good-looking young man in the army, I’m travelling, I’m a ‘baller and I’m a good athlete. So the girls dem gonna come. But, you see, the best thing I learned from my father is to be loyal to one woman, because he wasn’t,” Manny said, admitting that his late father’s womanising ways had the opposite effect on him.

As for Marva, she confessed to having reservations about whether Manny would be loyal to her because he was young, handsome, and “he didn’t look like a baboon!” Plus, other girls were trying to get him.

“It took us a while ... about five years after we got married, to settle down and smooth out the rough edges, and to develop trust and loyalty. He is a man of honour,” she told Family and Religion.

Like all couples, they had conflicts, but, when they arose, he perfected the art of “shutting down”, and that meant going to his room and reading a book until he cooled down.

After that, he would seek out Marva and have a talk with her, although he said he “apologised so many times for things that he didn’t do!”

They both agreed that going to bed angry is a no-no and, for Marva, if that happened, she would ‘accidentally’ “kick his butt” in the night or fling her hands across him … that would prove the icebreaker and they would end up talking and laughing off the issue.

Manny, who is on one of his missions in Jamaica through his Kingdom Outreach International Ministry, distributing clothes and assisting residents from the community of Farm where he grew up, said his wife, who was a bit hesitant at first with their resources being pumped into the mission to make a difference in Jamaica, soon joined in the vision after she went with him on one of his outreaches.

“Now, she is excited and even includes her community of Christiana where she grew up.

“My mother was a giver and I was brought up that way. Some people say I am an idiot for doing what I do, but I say’no I’m blessed’,” he noted.

Still very much in love, it was not hard to see the affection in their exchanges and, for the couple, it is no big secret. “Keep the communication line open and everything will be alright,” is their mantra.