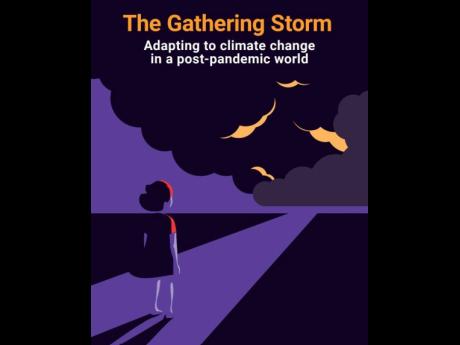 IN ITS most recent Adaptation Gap Report (2021), the United Nations Environment Programme (UNEP) has reminded the world of the urgent need to boost funding for and investments in climate change adaptation in the developing world.

“… Estimated adaptation costs and likely adaptation financing needs in developing countries are five to ten times greater than current international public adaptation finance flows. Evidence suggests that the gap is larger than indicated in the previous Adaptation Gap Report (2020) and is widening, due to adaptation costs and finance needs being higher and funding flows remaining stable or decreasing,” said the report titled ‘The gathering storm: Adapting to climate change in a post-pandemic world’.

To adapt is to make adjustments to ecological, social, or economic systems in response to actual or anticipated climatic effects or impacts. These adjustments include changes to not only processes, but also practices and structures to “moderate potential damage or to benefit from opportunities associated with climate change”, according to information from the United Nations Framework Convention on Climate Change.

However, doing so requires capital.

“New estimates of the costs of adaptation and the estimated financial needs for adaptation from developing countries indicate higher values than previously reported,” reads the UNEP’s 2021 Adaptation Gap Report.

“First, estimates of the economic costs of climate change in developing countries are now generally higher than indicated in earlier studies. This is true both later in the century, under higher warming scenarios, but crucially also over the next two decades even under ambitious mitigation scenarios. Second, the estimated annual adaptation costs in the literature are now also generally in the upper range of the 2016 estimate of the Adaptation Gap Report of US$ 140-US$300 billion by 2030 and US$280-US$500 billion by 2050,” it added.

It is necessary, therefore, for scaled up adaptation financing, given the changing realities of the world, including the experience of the COVID-19 pandemic.

“However, due to the barriers to private finance, including around information, positive externalities and low revenues; and the public interventions or finance needed to overcome these, the rate of uptake and the scaling up of these new instruments remains slow. Furthermore, private investment will gravitate to opportunities where revenues are highest and risks are lowest. It is unlikely to target the most vulnerable in least developed countries or non-market sectors. This underscores the continued importance of international public support and the requirement to further increase ambition,” it added.

It is time, the report said, for a “step change in adaptation ambition”.

“Adaptation can significantly reduce loss and damage, particularly in the second half of the century, when climate impacts will accelerate. While strong mitigation is the way to minimise impacts and long-term costs, increased ambition in terms of adaptation, particularly for finance and implementation, is critical to prevent existing gaps widening,” the report said.