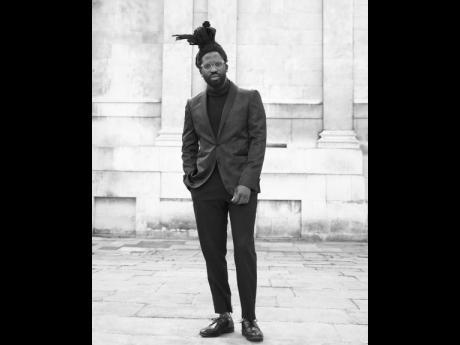 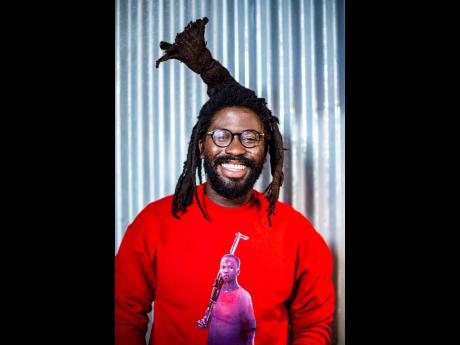 London-born, Jamaican-raised, actor, writer, and director Adjani Salmon admits that he took a huge risk when he used up his mother’s mortgage deposit to fund his filming project in 2017. He told his mother then that he would work hard, make her proud, and that her investment in his dream would in time reap rewards.

Salmon, who left Jamaica in 2007 for a trip to the UK where he would study architecture, returned to London in 2013, graduating with an MA in Directing Film. Just as his leading character – Kwabena – in Dreaming Whilst Black struggles to fulfil his dream of making it in the film industry facing different challenges along the way, so did Salmon.

With the help of a group of friends from film school, he set up his own production company – 4Quarter Films - and with it his first big drama production: Dreaming Whilst Black. Hard as it was then to visualise success, Salmon’s hard-work ethic, drive, and enthusiasm for the creative arts paid off in ways both his mother and he could not have fully envisaged.

From a YouTube sensation to now a winner of both the 2022 Royal Television Society Breakthrough Award and a BAFTA for Emerging Talent, Salmon, 33, is beginning to reap the rewards of his labour while also demonstrating to his mother and others who may have had any doubts about where his life was heading that the risk he took was one well taken.

“It’s funny. It was such a polarising thing when I made that move,” remembers Salmon. “Some couldn’t believe I had done that while others felt it was a good investment, but all I can say is that right now, Mom is good, and for us both this is an exciting journey we are on.”

Besides his Mom, Salmon tells us he hopes he is doing his native Jamaicans proud: “I get so many messages from mi bredrin dem back home telling me how proud they are and encouraging me to keep pressing on because my success is also their success, and I’m proud to represent my people.”

Salmon’s award-winning web series – Dreaming Whilst Black – an instant hit among followers on his YouTube channel, led to further honours after being given a pilot run on BBC Three with a Royal Television Society Breakthrough Award quickly followed by a BAFTA for Emerging Talent in April.

“It’s kind of surreal actually because these are things that you see, and think I’d like to be there one day,” begins Salmon. “So you work and try to make the best thing possible, but when you see it, and especially when you see it in sight, like I remember Michaela Coel ( Chewing Gum and I May Destroy You) and Micheal Ward (Top Boy) amongst other great screenwriters and actors winning that award, I would often think ‘Man, I would love to be recognised in that way’, and then it happened. To win an RTS award followed by a BAFTA the next day just felt like everything was hitting me all at one time.”

The formula for his early days of film-making included simple, low-budget sets with just a few friends from film school along with belief in what he was doing.

“You make goals, but you never expect some of these things to happen, and so quickly, considering that all this is for a pilot show. It never really fully sunk in until a week later when friends of mine held a party to celebrate the occasion. Seeing my family, friends from Uni and the industry and how genuinely happy they were for me made me realise how big an achievement this was. I think the reason why everyone was so hyped about it was because I had won both awards at (near enough) the same time.”

While there has been an increasing recognition of success among black creatives, including Salmon himself alongside fellow compatriot Marlon James, who won the distinguished Man Booker Prize for Fiction in 2015 for his international best-selling novel, A Brief History of Seven Killings, Salmon remains extra cautious when a point is made that there is now more of an acceptance and embracing of work produced by black creatives.

“I am very wary of individual success,” he says. “Until we are all successful, that is, black creatives as a collective as opposed to a few individuals here and there, then we cannot rest on our laurels. Yes, there has been some change and more recognition given, but it remains to be seen for how long this will continue and if doors will begin to open for us at the very top positions where for too long we have often been denied.”

While Salmon, who identifies himself as a storyteller, has received plaudits from both television and the national press, including The Guardian, which had pointed him out as one of their hottest new TV stars to look out for in 2022, he is determined to play it cool and keep working.

He is currently in talks with the BBC regarding the possibility of turning the hugely successful pilot Dreaming Whilst Black into a television series. Salmon also revealed to The Weekly Gleaner that he will be included in a documentary on British-born actor, comedian, and television presenter Lenny Henry on the BBC later this summer.

At a time when many budding black creatives desperately want to get their first break into the industry, Salmon shared with us the following tips:

“Be intentional in your learning and experiences – never give up. Constantly challenge yourself and consistently produce work even if sometimes you feel you may need to abandon a project and start again. Find a tribe of people who can push you and give good advice. For me it’s my friends from film school who ‘till this day continue to look at my scripts. Finally, don’t be held back because of a lack of finance. Most of my filming was done in a small room during the daytime because we did not have the finances for elaborate locations or lighting.

“Feed your mind with innovation and new ideas, remembering that a good film-maker is one who understands life and brings their experiences and what they read into their scripts. The scenes you see in my work which relates to psychology, critical race theory, feminism, and microagressions are based on the reading I have done around those subjects, so reading is a must.”

From YouTube sensation to BAFTA Winner, Salmon is living proof that anything is possible even when one is Dreaming Whilst (Being) Black.