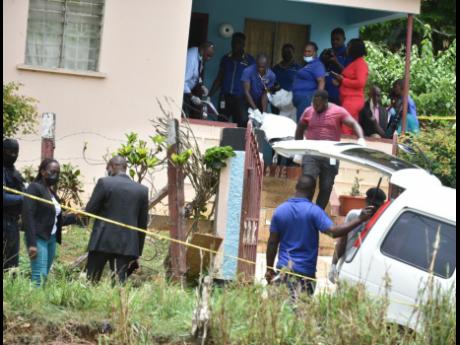 The police say Barnett, who also known as 'Jett' and 'Nick' is a cousin of the family. -Kenyon Hemans

Rushane Barnett, 23, who was named as a person of interest in the killing of a mother and her four children in Clarendon is now in police custody.

Senior Superintendent of Police said he was detained in Trelawny this evening.

She did not provide any further details.

But Chang later said he was misinformed.

The bodies of the 31-year-old Kemesha Kimberly Wright, and her children were discovered with their throats slashed at their home in New Road near Chapelton on Tuesday morning.

The police say Barnett, who also known as 'Jett' and 'Nick' is a cousin of the family.