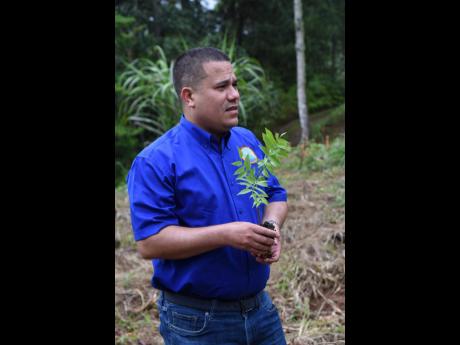 The Cabinet recently gave its approval for Jamaica to become a member of the Caribbean Biological Corridor Initiative (CBCI).

Senator Matthew Samuda, who was acting as leader of government business in the Senate on Friday, made the announcement.

The CBCI arose out of a 2007 political declaration from the environment ministers of Cuba, Haiti and the Dominican Republic to partner in the long-term conservation of biodiversity, based on the ecological connectivity within the Greater Antilles, beyond political boundaries.

The implementation of the CBCI will assist in raising awareness of the importance of healthy and productive ecosystems to the economic growth and development, and social well-being of member countries.

There are multiple benefits to Jamaica joining the CBCI. As a member of the initiative, Jamaica is expected to get assistance with managing a wide range of migratory species; species or groups of species with high potential for dispersal of genetic material; ecosystems and habitats within key sites to aid in regional connectivity; species (or higher taxa) representative of the insular Caribbean, where distribution areas are shared by CBCI member countries; ecosystems representative of the shared and threatened ecoregions of the Greater Antilles; other species or groups of endemic or migratory species that are highly sensitive or vulnerable to climate change; and ecosystems representative of the threatened ecoregions of the Caribbean, which are highly sensitive or vulnerable to climate change and are key to regional conservation, for example, coral reefs, terrestrial and marine forests, and sea turtle nesting beaches.

Jamaica’s membership in the CBCI will also complement the work currently being undertaken in support of other global and regional initiatives to which Jamaica is a member, including the Caribbean Biodiversity Fund, the Caribbean Challenge Initiative, the Leaders Pledge for Nature, The High Ambition Coalition for Nature and People, and the Global Ocean Alliance.

“Jamaica’s membership to the Caribbean Biological Corridor is a good thing. It is late, but a good thing nonetheless,” Samuda said.

He continued, “The initiative has been widely recognised as an important example of South-South cooperation. The initiative aims to increase the ecological connectivity across the Greater Antilles. Preserving this connectivity among the island states of the Greater Antilles is important, as this will contribute to the sustainable management of ecosystems and the services they provide, for example, the provision of food, fuel and water; carbon storage and regulation of climate, erosion and flood control; heritage and culture, and nutrient and water cycling, which support several key economic sectors within these countries, including health, agriculture, fisheries, and tourism.”

Samuda continued to emphasise that the CBCI’s focus is on building a strong and sustained collective, institutionalised and regional approach to facilitate the conservation, management and governance of terrestrial and marine biodiversity in the Caribbean.

Samuda said this is a small part of what Jamaica is doing to protect its biodiversity.

“The CBCI will develop and promote a new holistic, integrated, cross-sectoral approach to preserve remaining natural refuges and restore ecological connectivity from ridge to reef, at landscape and seascape scales. Actions will be regionally coordinated and will build upon the existing joint efforts of the CBCI countries around their strategic plans for biodiversity and climate change,” Samuda said.

Additionally, he said more effective, climate-smart livelihoods will be promoted, while reducing climate vulnerabilities and helping to prevent future pandemics that may result from human-wildlife interaction.

Sophia Frazer-Grant, opposition senator and spokesperson for land, environment and climate change, expressed her support for Jamaica’s membership to the CBCI.

“We in the Opposition really want to signal how happy we are with this announcement and, certainly, our full support for the people and the Government of Jamaica in this initiative; and we are ready to participate and give our views and our resources, mainly human resources of course, to ensure that the objectives are achieved,” Frazer-Grant said.

IN SUPPORT OF JAMAICA

Opposition Senator Janice Allen added her voice to the support as a resident from a “coastal town”.

“My interest and support for this initiative and Jamaica’s participation in this corridor, even though I speak on behalf of tourism, it’s more an importance for Jamaicans and Jamaica as we seek to preserve our natural environment; that once we get that going well, we then have no problems, tourism will benefit from that,” Allen said.

Phase one of the CBCI project, titled ‘The Demarcation and Establishment of the CBCI as a Framework for Biodiversity Conservation, Environmental Rehabilitation and Development of Livelihood Options in Haiti, the Dominican Republic and Cuba’, was implemented from 2010 to 2014.

Following the successful implementation of the first phase of the CBCI, the European Union provided €300,000, with in-kind contribution from Cuba and the Dominican Republic, for a transition phase, between January 2015 to June 2016, which focused on strengthening the capacity of the environment ministry of the Dominican Republic in planning and developing actions in biological diversity conservation, within the framework of the CBCI.

Biodiversity conservation as well as its sustainable use are critical to the achievement of the targets under Vision 2030 and the SDG’s, particularly Goals 13 (Climate action), 14 (Life below water) and 15 (Life on land).

To date, approximately 25 per cent and 12 per cent of the country’s terrestrial and marine areas, respectively, are legally declared as protected areas.