Clansman Gang Trial | 'I can't even drive', says defendant in denial of being alleged gang's transporter 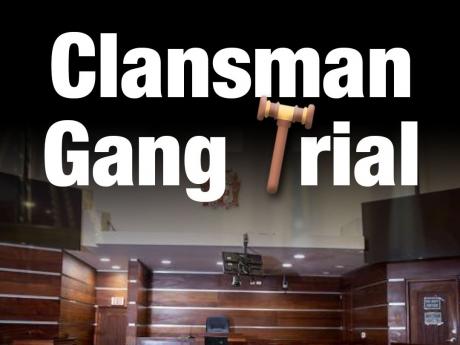 An alleged bodyguard for the reputed leader of the Clansman-One Don Gang who the trial heard would some time double as a driver this morning testified that he is unable to drive.

"Mi cah drive none tall," defendant Ricardo Thomas said when the prosecutor suggested that he was one of the alleged gang's drivers.

Thomas, who was being cross-examined after giving sworn evidence, is the second defendant to use that line of argument to rubbish testimony by the prosecution witnesses about their alleged role as drivers.

The prosecution witnesses, who are ex-gangsters, had testified that defendant Andre Golding was the driver of the gang's 'duppy truck', the car that was used by alleged gang members to carry out shootings and murders.

But Golding, in refuting that claim yesterday, said he too could not drive.

"I can't even drive. I don't even have a driver's licence and I never drive nuh duppy truck," he said.

"Mi nuh stand guard fi nuh one," he said after indicating that he did not know the alleged gang leader or the prosecution's witness who had testified about him being involved in the gang.

He also told the court that he was never armed with any weapon.