Soldier charged after woman's body found in his car gets $600,000 bail 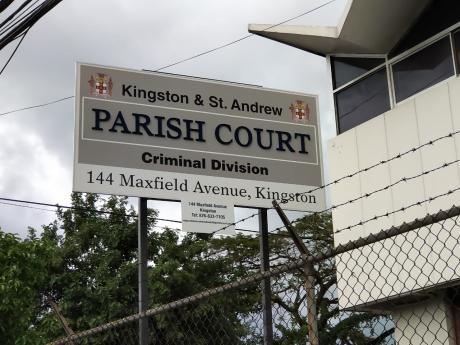 Tracey was ordered to return to court on July 28. -File photo.

The Jamaica Defence Force soldier who was taken into custody after the body of a woman was found in his vehicle in St Andrew was today granted $600,000 bail.

Theophilous Tracey, 41, was ordered to surrender his travel documents and a curfew restriction was also put in place.

Tracey was ordered to return to court on July 28.

Allegations are that the body of 31-year-old Oshine Lawrence was discovered in a motor car belonging to Tracey around 4:00 am on February 26, 2022.

Following further investigations later that said morning by the police, Tracey was found at his quarters at Up Park Camp.

Tracey's licensed firearm was requested by police investigators but he failed to produce it.

When interviewed by the police, he reportedly indicated that he was the victim of a robbery which included an attack by the deceased and four men.

He claimed that he had discharged his firearm in an attempt to defend himself.

He reportedly told the police that one of the men overpowered him and took away the firearm forcing him to flee the scene.

Following further investigations, the soldier was charged with failing to hand over his gun.

He was offered $300,000 in the Kingston and St Andrew Parish Court last month.