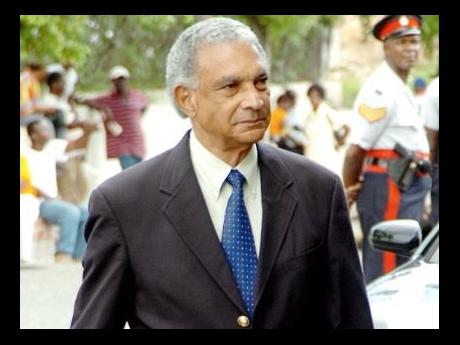 Former tourism minister Francis Tulloch is being hailed as a true stalwart who played an integral role in developing the sector.

“Our industry has benefited significantly from the contribution of Mr Tulloch, and I am particularly grateful for the work he has done to pave the way for the growth of the sector," said Minister of Tourism, Edmund Bartlett, in a statement this morning.

“Jamaica mourns with the family of Mr Tulloch, who made an indelible mark on the tourism sector both as Minister and State Minister,” added Bartlett, noting that “his passion for tourism and people were among his best traits.”

Bartlett also lauded Tulloch for his “commitment to safeguarding the interest of small entrepreneurs in the tourism industry, including players in the ground transportation and craft sub-sectors.”

Tulloch served as Minister of Tourism in the P.J. Patterson-led administration from 1997 to 1999, after serving as Minister of State in the tourism ministry from 1993 to 1995.

The former parliamentarian was ordained as a deacon in the Catholic Church in 2009 after leaving politics.

He was also an attorney-at-law and a diplomat.

He was appointed as the first Honorary Consul of the Russian Federation in Montego Bay in 2014.

Tulloch leaves behind his wife Doreen and six children.