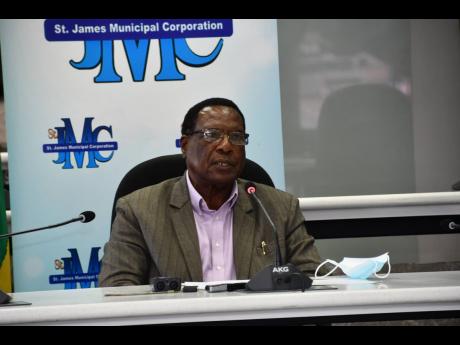 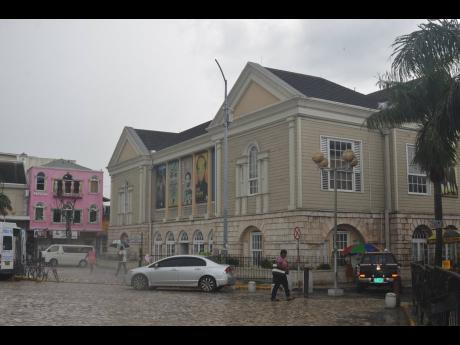 The St James Municipal Corporation (StJMC) will be recognising a number of individuals and institutions from across the parish that have been deemed outstanding at its Independence Day flag-raising and civic ceremony on Independence Day, Saturday, August 6.

The event, which is scheduled to start at 10 a.m. in Sam Sharpe Square under the theme,Jamaica 60: Reigniting a Nation for Greatness’, forms part of activities marking Jamaica’s diamond jubilee celebrations as an independent nation.

‘The Spirit of Independence-Jamaica 60’ awards will recognise citizens and/or institutions for their contribution towards the parish’s development in the fields of national security, commerce and industry, education, journalism/media, agriculture, sport, tourism , arts and culture, health, and community service.

Chairman of the StJMC and Mayor of Montego Bay Leeroy Williams is upbeat about the awards ceremony as, he said, it will truly reflect the theme of Jamaica 60 celebrations.

Williams said: “The St James Municipal Corporation is joining Jamaica and Jamaicans in celebrating the 60th anniversary of Independence and we are moving to make the flag-raising and civic ceremony and awards a very memorable occasion. I have mandated members of the Spirit of Independence-Jamaica 60 Awards Committee to ensure that persons and/or institutions selected are beyond question. We must ensure that those who are recognised, especially this year, are most deserving.”

Meanwhile, Chairman of the Civic and Community Affairs Committee in the St James Municipal Corporation, Councillor Dwight Crawford, is assuring members of the public that the awards ceremony will be a grand affair.

“The planning committee has been working and has been putting the many pieces together to make this ceremony an event not to be missed. We will have the usual Independence Day messages from the nation’s leaders, we will have entertainment, and, most importantly, we will be recognising 10 individuals and/or institutions whose contributions towards the development of St James has been outstanding,” Crawford said.

Nomination forms for the Spirit of Independence-Jamaica 60 Awards can be collected from the StJMC’s public relations office and must be properly completed and returned no later than Wednesday, July 20. The Nomination and Selection Committee is advising that no late nominations will be accepted.

The Spirit of Independence-Jamaica 60 civic and flag-raising ceremony is returning to Sam Sharpe Square for the first time since 2019 due to COVID-19.

The flag-raising ceremony, which will be officiated by Custos of St James Bishop Conrad Pitkin, will take place at 9 a.m., following which the usual pomp and pageantry, to include marching band and a march-past, will take place ahead of the start of the civic ceremony at 10 a.m.