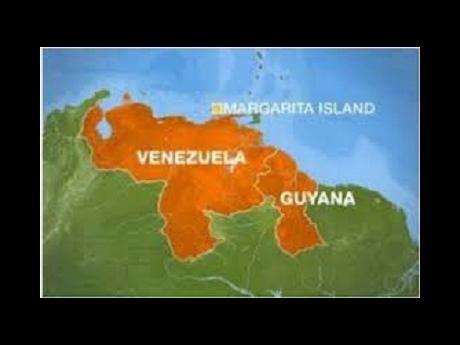 The Commonwealth had also supported Guyana in the controversy but this is the first time that it has included a paragraph in a Heads of Government communique to support the judicial process. -CMC photo

(CMC) - The members of the 54 nation Commonwealth have backed a route to be undertaken by the  International Court of Justice (ICJ) to bring a “peaceful and definitive” end to the Guyana/Venezuela border controversy.

In a communique issued in Kigali, Rwanda at the end of their summit, the heads of government of the Commonwealth expressed their “full commitment” to the ongoing judicial process to bring an end to the long-standing controversy.

The Commonwealth had also supported Guyana in the controversy but this is the first time that it has included a paragraph in a Heads of Government communique to support the judicial process.

The Heads of Government noted the decision made ICJ on December 18, 2020 that it has the jurisdiction to entertain the application filed by Guyana on March 29, 2018, paving the way for the ICJ to consider the merits of the case.

Venezuela is challenging the October 3, 1899 Arbitral award which demarcated the boundaries of the two countries.

Ever since the first challenge was made in 1966 at Guyana's Independence, Venezuela has engaged in aggressed acts in Guyana, including using its navy to force out a ship exploring for petroleum.

The Commonwealth heads noted that Guyana had submitted its Memorial on March 8, 2022 in accordance with the schedule set by the ICJ to hear the case concerning the validity of the Arbitral Award of 1899 and the related question of the definitive settlement of the land boundary between the two countries.

“Heads reaffirmed their firm and unwavering support for the maintenance and preservation of the sovereignty and territorial integrity of Guyana,” the communique issued at the end of the Kigali summit stated.

Venezuela recently objected to the decision of the International Court of Justice (ICJ) that it has the right to hear and determine Guyana's argument for a final settlement of the controversy.

This means that the court must suspend hearing the merits of Guyana's case until it fleshes out and decides on Venezuela's objection.

For Guyana, Venezuela's objection means it has joined the case, something which it did not want to do.

The Ministry of Foreign Affairs acknowledged that the Court's rules of procedures allow for such objections to be lodged.

Already, Guyana has submitted its Memorial on the merits of its case against Venezuela, arguing that the 1899 Arbitral Award which determined the boundaries between the two countries is legal and valid.

“… by submitting an objection at this advanced stage of the proceedings before the ICJ, the Venezuelan Government is patently engaging in an effort to delay the Court's final judgement on the merits of the case,” the Foreign Affairs Ministry, however, said.

Nevertheless, the statement added that by this action, the Venezuelan government has joined the judicial process that Guyana has long urged it to do.

Before the ministry's statement was released on Wednesday, Guyana's President Dr. Irfaan Ali said that Venezuela has a responsibility as a member of the United Nations (UN) and the global family to “work within the rules”- that is, participate in this judicial process.