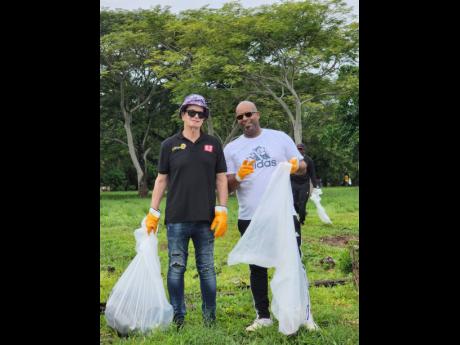 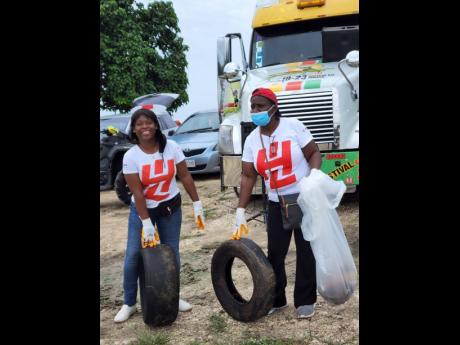 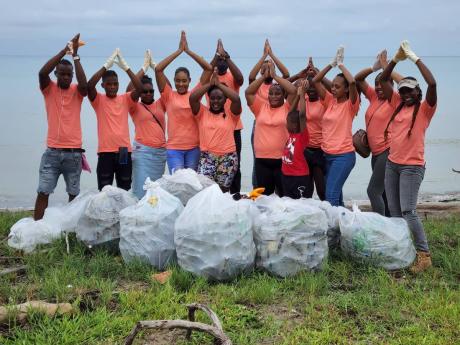 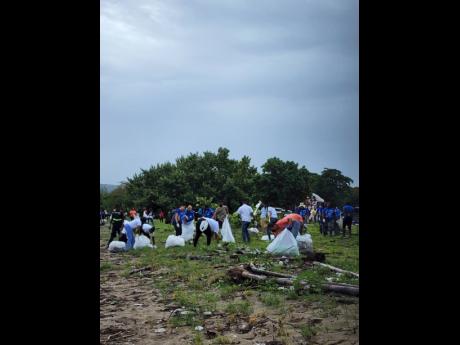 Janet Silvera
The team of environmentally conscious volunteers helping to clean up the Catherine Hall Beach in Montego Bay during the Reggae Sumfest beach clean-up.
1
2
3
4

Bogdanovich’s bold move comes after the festival’s face-to-face two-year hiatus and its return to ‘Reggae Sumfest City’, Montego Bay. “We are hosting a green Reggae Sumfest Festival for 2022,” the promoter told The Gleaner in May, and last week Saturday, he commenced the first in a series of activities aimed at achieving the goal.

Some 150 volunteers turned out at the Catherine Hall beach, home to the Reggae Sumfest venue, for a clean-up exercise that saw Recycling Partners of Jamaica (RPJ) loading up more than 2,000 pounds of plastic found on the beach onto their trucks. “We realise there is a global climate crisis, and we all need to play our part. We can control the things that are in our space, instead of just dumping out the bottles, make a conscious decision to use single-use plastic,” said Bogdanovich, who is anxious to contribute to the reduction of carbon footprints.

A big supporter of the green initiative for a number of years, Bogdanovich said what the world was doing to the environment was more than Putin has done in Russia and Ukraine. “It is just overwhelmingly powerful, and if we don’t deal with climate change now. We are done.”

Concerned about the future, the festival promoter and well-established businessman said in 2020, during the virtual event, he would make sure to have ‘Black Lives Matter’ signs and posters throughout the area, so the artistes would not miss them before going on stage. So that they would be sensitised before their performances, he added. Bogdanovich said the idea was to get this message as part of their subconscious.

In 2022, it’s all about climate change, “And we are going to put signs backstage to sensitise the artistes; it’s that important. We have to educate them as well”, he explained, describing them as good promoters. The initiative, he said, although it attracts extra expenses, was extremely necessary because this needed a different kind of thinking; the message can’t be dull; it must be cool and attractive.

In addition, there will be a reduction of plastic at the festival by encouraging patrons to utilise single-use plastic. “The partnership we have with RPJ will see all bars separating the bottles from regular trash. “Once they pour a drink, once that bottle is emptied, it is not thrown in the same trash as others.” RPJ will dispose of the plastic, break them down and ship them out of the country.

Last Saturday, the amount of plastic collected during the clean-up was frightening.

RPJ’s supervisor, Sophia Kerr, who supervises both the Bogue and Greenwood plants, says it’s great the team was able to remove the large amount of bottles found on Catherine Hall Beach threatening the aquatic ecosystem. “When our fish eat the bottles, we fish eaters end up eating the plastic as well,” she cautioned.

Reggae Sumfest, over seven days in 2019, brought in US$10 million into the Montego Bay economy, and all indications show that the festival looks ready to have a repeat.