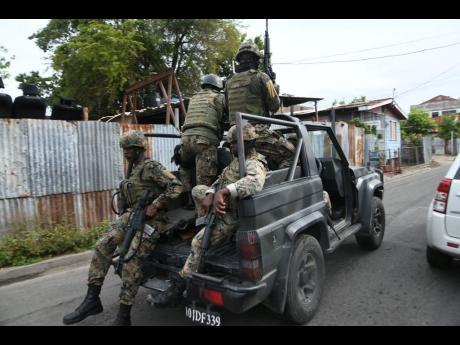 The police have imposed nightly curfews in several sections of St Catherine.

This is in addition to a state of public emergency that Prime Minister Andrew Holness declared for the entire parish on June 17.

The curfews started on Friday and will apply to the communities of Tawes Pen, Ellerslie Pen and 31 St John's Road in Spanish Town, the parish capital.

Central Village and Gregory Park are also covered by the measure.

The curfews are based on Regulation 21 of the Emergency Powers (Parish of St. Catherine) (Number 3) Regulations, 2022.

The parish has seen an upsurge in violence and murders that the police have linked to an internal feud in the One Order Gang based in the parish.

But there are questions about the constitutionality of the regulations following a June 17 court ruling that previous SOE regulations breached Jamaicans' rights to liberty and freedom of movement.

That was after the embarrassing discovery that the wrong document was tabled earlier on Tuesday.

He said persons detained so far under the SOE have not been arrested using the SOE regulations but under the Jamaica Constabulary Force Act.