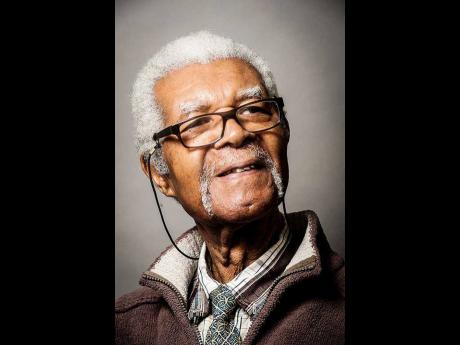 A deeper appreciation by the general public and early events to mark the significance of black migrants’ experiences on the SS Empire Windrush are among the legacy of the late Samuel B. King.Were it not for him, we may have been commemorating December 21 because of the arrival of HMS Almanzora, another ship which landed with West Indian passengers at the Southampton Docks in 1947.

King was the only passenger to have kept alive the ‘spirit’ of June 1948 when, in June 1988, he organised the 40th anniversary of the MV Empire Windrush’s arrival.

He promoted the event in a Terry Wogan BBC TV interview on June 15, 1998. Commemorative activities were also hosted by the mayor of Lambeth. King had collated and kept the names of dozens of his friends and acquaintances on the ship, and he would later bring them all together in Brixton.

The Windrush Foundation, led by co-founders Samuel King and Arthur Torrington, organised Windrush Day, its 50th anniversary commemoration on June 22, 1998. The event raised the awareness of millions in the UK, especially people of African and West Indian heritage. A Windrush plaque is on the wall at the entrance to the town hall. King was among the first generation of Windrush pioneers that included over 5,000 West Indians, mainly ex-servicemen, who remained in Britain after May 1945.

Andrea Levy (1956 – 2019) took up writing in 1988, and by 1998, she was gaining wider recognition for her work, as evidenced by the Arts Council Writers’ Award for Fruit of the Lemon. However, it was not until 2004, with the publication of Small Island, which won the Whitbread Book of the Year Award and the Orange Prize for Fiction, that her reputation was enhanced.

Her father had travelled from Jamaica to England on the MV Empire Windrush and arrived at Tilbury Docks on June 22, 1948; but he did not consider the journey as significant as Sam King did. Levy may not have discussed his Windrush experience with his family as King did. It was not until after June 22, 1998, the 50th anniversary celebration of the MV Empire Windrush’s arrival, that Levy began researching material for Small Island.

One of her sources was Sam King’s 1998 book, Climbing Up the Rough Side of the Mountain. The book discussed his journey on the MV Empire Windrush, and showed how it compared with the ship Mayflower, which sailed to North America in 1620.He saw similarities between the MV Empire Windrush’s journey and that of millions of Africans who were taken from Africa and forced to endure the journey of the Middle Passage to the West Indies.

Many did not survive the journey, many were thrown overboard, and some committed suicide rather than be enslaved. Still, enslavement did not daunt the spirits of our ancestors who were forcibly kept on plantations (labour/concentration camps) in the Americas. They were denied British citizenship between 1624 and 1834 because they were the ‘property’ of their British enslavers. Emancipation Day, August 1, 1834, saw limited degrees of freedom and restored humanity. The significance of the MV Empire Windrush is much more than the ship representing migrants journeying to settle in the mother country. The journey in June 1948 from the West Indies was one that showed a people who believed they deserved to share in the rebuilding, development, and wealth of an empire which they and their African ancestors in the colonies had helped to create since the 1600s.

They arrived with British passports and considered themselves UK citizens, not migrants.

We stand on the shoulders of those Windrush pioneers who laid the foundations for us in Britain.

Arthur Torrington, CBE, is the director of Windrush Foundation.