‘They are teaching us how to fish’ 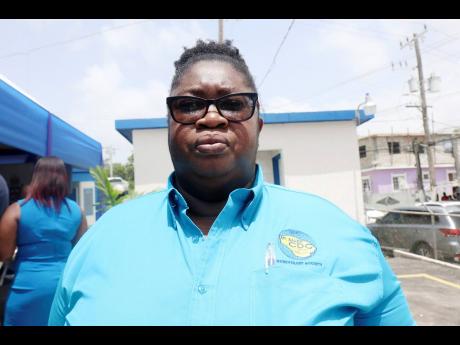 WINSOME BARNES, president of the Mount Salem Community Development Committee and Benevolent Society, says that, while there has been a level of renewed hope, peace and tranquillity among the residents living in that St James community, it will take in excess of 10 years for full transformation.

Residents of the community have been living and working under the watchful eyes of the security forces as a result of the Zone of Special Operations (ZOSO), which has been in operation there since September 2017.

“After they (ZOSO) leave, we are looking at a 10-year time span to put our community somewhere. They are teaching us how to fish now,” said Barnes in a Gleaner interview.

“It is going to take some time to get the consistency of doing what’s right and to channel those values to the next generation that is coming up,” she said.

Mt Salem is being transformed with the removal of zinc fences, rehabilitation of roadways, regular cleaning of drains, and waste collection. Along with those initiatives, Barnes noted that while it is a right of every citizen of Jamaica to be afforded basic services and amenities, many residents have already had access to critical services and amenities of the state, including tax registration numbers, birth certificates and a national identification card.

Accordingly, she said the mindset of the people living in Mt Salem is changing and they are working to gradually overcome the negative stigma associated with the community.

“It will take a while to erode things that have been out there and have been festering,” Barnes argued. “Right now, Mt Salem is a place where you can walk freely. It was not so five years ago.”

Two weeks ago, Minister of National Security Dr Horace Chang said lifting the operation is largely dependent on the security forces, including the goals set by the Government through the social intervention strategies under the build phases of the operation.

‘WE WILL NOT REGRESS’

Barnes says the community will work to sustain the gains of the ZOSO.

“We will not regress, we cannot allow the two per cent to let 98 per cent of us regress, because Mt Salem is a good community,” she said, adding that work is being done in partnership with the Social Development Commission (SDC) to create a community profile and to package the community’s priorities.

“We are working on a community priority plan in partnership with the SDC. We have actually had three community meetings where we have identified the problems and how we can properly package the needs of the community, where we will be able to use and approach international donor agencies to invest in the community,” Barnes explained.

She said all this is possible because of the ZOSO, which provides a safe space where residents and visitors to the community may feel comfortable.

“I am glad for ZOSO because it brought persons and agencies into the community that would not have normally come. It made us a national focus,” she boasted.