Gabon and Togo admitted into Commonwealth 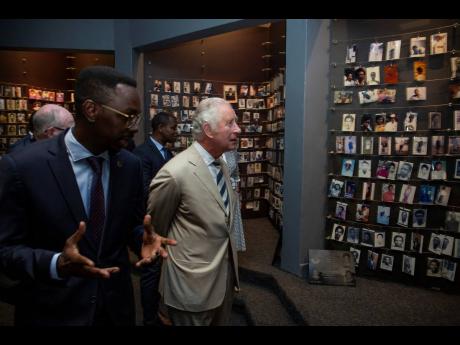 AP
Britain’s Prince Charles observes an exhibition of family photographs of some of those who died, at the Kigali Genocide Memorial in the capital Kigali, Rwanda last week.

The African nations of Gabon and Togo, which have no colonial history with Britain, were on Saturday admitted into the Commonwealth group of nations.

“We welcome them,” Rwandan President Paul Kagame, whose government hosted a summit of Commonwealth leaders this week, told reporters.

Gabon and Togo are Francophone countries that actively tried to join the bloc of 54 nations.

The group of nations comprises mostly former British colonies, and its titular head is Queen Elizabeth. But countries such as Mozambique and Rwanda – a former Belgian colony with an Anglophile leader – previously launched successful bids to join.

Prince Charles represented his mother at the summit in Kigali, the Rwandan capital.

The admission of the two new members was a highlight of the summit. The meeting also raised more than US$4 billion in pledges toward the fight against malaria and other tropical diseases.

The summit took place at an uncertain time for the British monarchy as well as the Commonwealth, whose relevance is sometimes questioned.

Even as the Commonwealth appears attractive to prospective members, some existing member nations are discussing whether to remove the Queen as their head of state.

The Queen is the head of state of 14 Commonwealth realms, but Barbados cut ties with the monarchy in November. Several other Caribbean countries, including Jamaica, say they plan to follow suit.

Charles told the summit Friday that “free” nations can make such decisions “calmly and without rancor.”