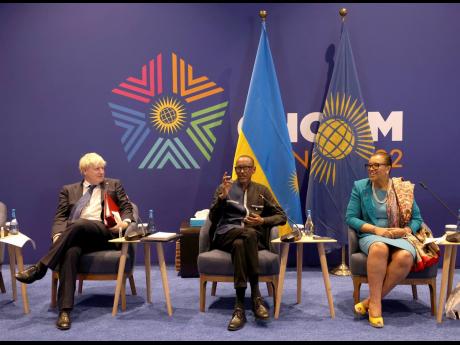 AP
From left: Britain’s Prime Minister Boris Johnson, outgoing chair-in-office of the Commonwealth of Nations; his successor, Rwanda President Paul Kagame; and Secretary General Patricia Scotland during the Leaders’ Retreat executive session on the sidelines of the 2022 Commonwealth Heads of Government Meeting in Kigali, Rwanda, on Saturday. 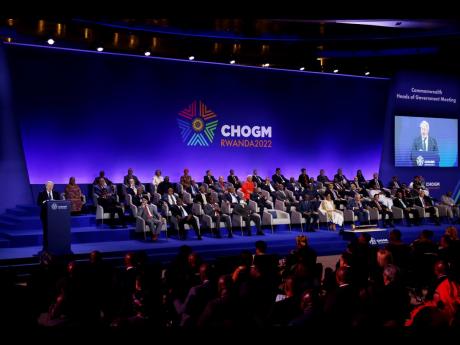 AP
Britain’s Prime Minister Boris Johnson speaks during the opening ceremony of the Commonwealth Heads of Government Meeting in Kigali, Rwanda, on Friday. Other leaders of Commonwealth nations are seated on the stage. 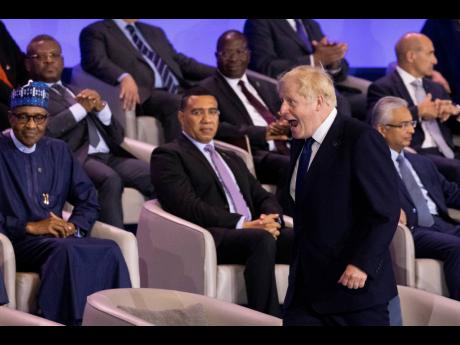 AP
Jamaican Prime Minister Andrew Holness (centre) looks on as British Prime Minister Boris Johnson walks to his seat on stage during the opening ceremony of the Commonwealth Heads of Government Meeting on Friday. 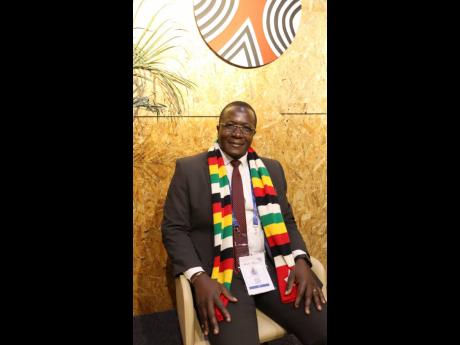 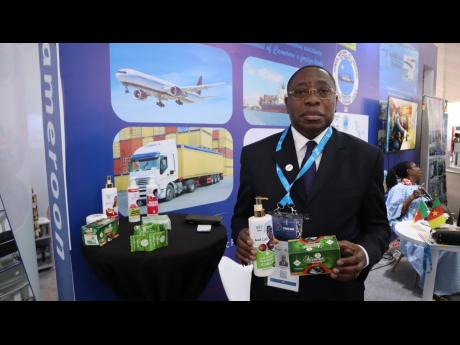 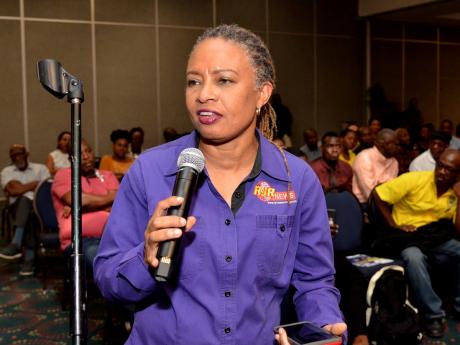 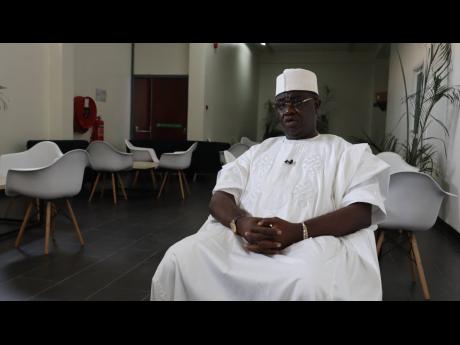 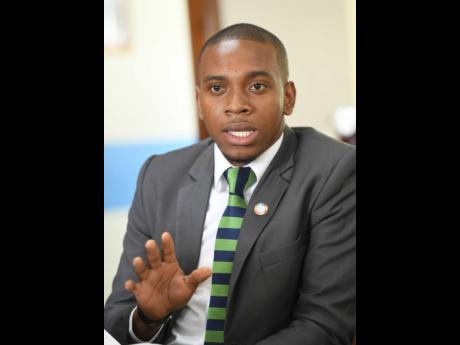 The future of employment, climate change, rethinking industries in light of the COVID-19 pandemic and a greater emphasis on the prioritisation of human rights have emerged as key areas of concern for the Commonwealth as the Kigali summit wraps today.

The issues were placed in focus during multiple conferences as the 26th Commonwealth Heads of Government Meeting (CHOGM) was being held in the African country.

At the summit, Rwandan President Paul Kagame was named the new chair-in-office of the Commonwealth of Nations. He succeeds British Prime Minister Boris Johnson and is expected to serve for two years.

In a hotly contested race, Commonwealth heads of government also gave the nod to incumbent Secretary General Patricia Scotland to continue serving in the role for a promised further two years. She trumped Jamaican Foreign Affairs and Foreign Trade Minister Kamina Johnson Smith on a 27-24 vote.

The Commonwealth Business Forum, held from June 21-23, brought together more than 1,500 delegates, including ministers of government, captains of industry, leaders of development institutions, young entrepreneurs and representatives of investment organisations across the Commonwealth.

For managing director of the Cameroon National Shipper’s Council, Auguste Mbappe Penda, the forum provided the opportunity to establish partnerships with other countries to boost trade and investment.

“I am very satisfied with our participation … . You cannot develop your country without going outside to see how it is going, without having partners outside, so this forum is very important for us,” said Penda, who led the Cameroon delegation.

His sentiments were echoed by Zimbabwean Minister of Foreign Affairs and International Trade Dr David Musabayana, who told The Sunday Gleaner that the leadership of the Commonwealth should now focus on development that is equitable, with a greater emphasis on innovation, knowledge-sharing and the impartial distribution of foreign-direct investment.

“The Commonwealth should now move with speed with the way of doing business in the globe where we mainstream our youth, mainstream our women and the issue of gender, there should also be that balance. We also look for a Commonwealth that doesn’t entangle itself with politics unnecessarily,” Musabayana said.

Zimbabwe, which is currently an observer, is aiming to rejoin the bloc after it withdrew in 2003.

“If the ‘wealth’ is ‘common’, it needs to spread. We need to take the wealth to the common as well as make the wealth common,” he said. “It would mean that the other developed countries within the Commonwealth can bring investments to less developed areas by setting up factories in these areas.”

He added that Nigeria is interested in establishing mutually beneficial partnerships with other Commonwealth countries, including those in the Caribbean.

The Commonwealth Youth Forum, held under the theme ‘Taking Charge of Our Future’, provided the platform for young people to weigh in and propose solutions to topical issues.

The final day of the event also saw the installation of the Commonwealth Youth Council (CYC) executive. The CYC, which is the largest youth organisation in the world, is responsible for advocating and designing policies to benefit young people throughout the 54 nations of the Commonwealth.

One new executive member was 25-year-old Jamaican Everton Rattray, who assumed the position of vice chair of partnerships and resources.

Rattray told The Sunday Gleaner that he was excited about his appointment.

“For me, it was a very special one; it was five years in the making. I contested this position in 2018, but I was unsuccessful, but I did not stop there. I continued to be engaged and I continued to adjust myself accordingly,” he said. “So now to be here in 2022, which is five years later, is really a special moment for me.”

Rattray, who is now responsible for securing funding and establishing partnerships for the CYC, outlined some priority areas of the council coming out of the forum.

“There is a very high issue of unemployment across the Commonwealth. Outside of that as well, we saw the issue of climate change, which came predominantly from persons from the Pacific and Caribbean region.”

Another area of concern raised was the absence of youth representation within decision-making bodies.

Rattray explained that the General Assembly, comprised of youth delegates from Commonwealth countries, voted to adopt several proposals to address these concerns. This included the creation of the Commonwealth Youth Entrepreneurship Fund, which is designed to finance projects young people develop to tackle unemployment. A platform will also be created to advocate for the reduction of costs young artists incur when attempting to showcase their work in other Commonwealth countries.

The assembly also proposed that the youth should have a 10 per cent stake within decision-making bodies that impact them.

The Commonwealth People’s Forum, which was organised by the Commonwealth Foundation, was held from June 21-22 under the theme ‘Advancing Together: Delivering People-centred Governance through the Commonwealth – For the Sake of Our Well-being, Our Ecosystem, and Our Future’.

Veteran Jamaican journalist Dionne Jackson Miller, who was one of the participants, noted that during the session, there was a major emphasis on climate justice, good governance and freedom of expression.

“One of the issues that I raised was the need for the Commonwealth to do more in terms of not just protecting freedom of expression, but also promoting the safety of journalists and freedom of the press,” Jackson Miller, who moderated the Freedom of Expression session, informed The Sunday Gleaner.

Jackson Miller revealed that last year she was a part of the working group that assisted in the process to establish the Commonwealth principles on the freedom of expression and the role of media in good governance. She expressed regret that to date, there has been insufficient progress in adopting these principles.

She is hoping that the Commonwealth can speak up more for freedom of expression as within the organisation, there are a range of countries that rank differently with this index.

The Commonwealth was recently condemned for its decision to host CHOGM in Rwanda, which has been criticised for its human rights record.

Critics are unhappy with what they see as an illegal and cruel deal with Britain to transfer migrants thousands of miles to Rwanda. That agreement faces legal hurdles, and the first group of migrants has yet to arrive in Africa.

Jackson Miller noted that some critics believe that the organisation has “simply not prioritised those human rights issues, which, according to the Commonwealth Charter of Human Rights, is supposed to be an important issue. Yet, there seems to be some hesitancy to speak out”.

She is hoping these concerns will now be on the agenda and taken more seriously going forward.

“I want to assure you there is nobody... who (is) beholding values better than we do here in Rwanda,” he told the summit’s closing press conference.

He also rejected any suggestion his government detained opponents, saying some of his most vocal critics had been freed from prison by presidential pardon.

“As far as values are concerned, we don’t need any lessons from BBC or from anyone,” the Rwandan president said in an impassioned statement.