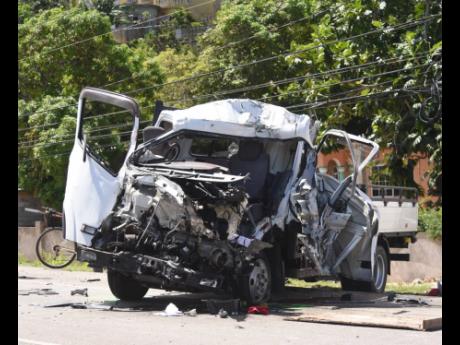 File
Yesterday’s crash brought to 67 the number of fatal accidents across western Jamaica since January, with 81 lives being lost, compared to the 61 fatal accidents and 69 fatalities in the previous year. 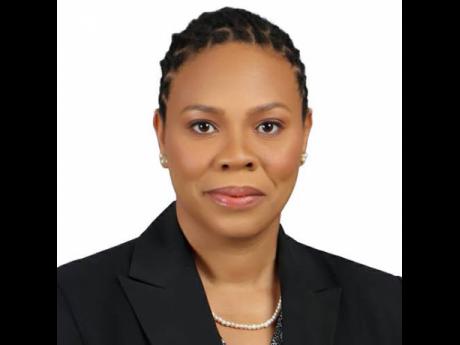 Diadre Hudson-Sinclair, director of the Road Safety Unit in the Ministry of Transport and Mining.
1
2

Director of the Road Safety Unit in the Ministry of Transport and Mining, Diadre Hudson-Sinclair, is calling on motorists in western Jamaica to practise discipline on the roads as accidents and fatalities increase in the region.

The plea comes as there was another double fatal accident along a section of the Rose Hall main road in Montego Bay, St James, yesterday morning, claiming the lives of 26-year-old Jahvari Brown, and 40-year-old Conroy McCaunley, both maintenance workers of Flankers in the parish.

Reports are that about 1 a.m., both men were travelling in a Toyota Corolla motor car, from the direction of Falmouth and heading towards Montego Bay, when the vehicle hit a curb wall in the vicinity of the entrance to the Hyatt Ziva Resort.

The driver lost control of the vehicle and it collided with a Nissan AD Wagon motor car, which was travelling in the opposite direction. Brown and McCaunley died on the spot, while the driver and a passenger in the Nissan motor car were taken to hospital for treatment.

“Having good roads is one thing, but, drivers, we must recognise that the one thing we maintain control of is our driving behaviour, the speed at which we drive,” Hudson-Sinclair told The Su nday Gleaner.

“We realise that people continue to speed regardless of the road conditions, whether it be poor lighting or wet road, or the areas that they are driving in, such as the outskirts of communities. These persons don’t drive for the environmental signals,” said Hudson-Sinclair, as she advised motorists to also be mindful of pedestrians, especially in built-up areas.

Addressing another problem, Hudson-Sinclair said, “The [head]lights used by motorists at nights tend to blind the other driver travelling in the opposite direction, causing them not to be able to see very well. So not seeing well, plus speed, create a deadly combination, and that often results in persons not being able to identify a hazard, and not being able to avoid it.”

She also noted that western Jamaica has seen a rise in single-vehicle accidents, where motorists lose control of their vehicles, which she believes is as a result of drivers neglecting the road traffic signs and speed limit because of the smooth road surface.

Yesterday’s accident was the second double road fatality along the Rose Hall main road within a week.

Twenty-three-year-old Rojae Grant, of a Windward Road address in Kingston, and 24-year-old Daniel Bowen, of Catherine Hall in Montego Bay, St James, died from injuries they sustained in a crash last Monday morning.

Statistics from the Area One Accident Reconstruction Unit show that since the start of the year, three of the four western parishes have seen an uptick in road accidents and road fatalities, compared to last year.

Westmoreland is the only western parish that has seen a decline in road fatalities, recording 21 fatal accidents and 24 fatalities since the start of the year. For the same period last year, there were 28 fatal accidents, and 29 fatalities.

Yesterday’s crash brought to 67 the number of fatal accidents across western Jamaica since January, with 81 lives being lost, compared to the 61 fatal accidents and 69 fatalities in the previous year.