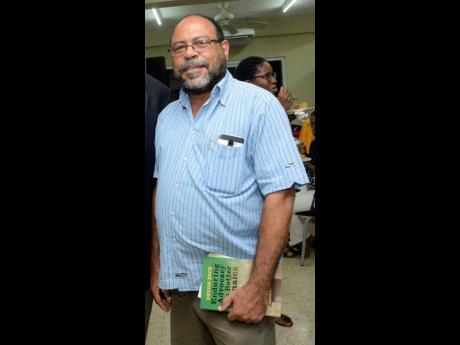 The 180-page paperback covers many topics including the Jamaican legal system, its genesis and how the judicial system functions. -File photo

A book written by Supreme Court judge David Batts entitled 'Law and Constitution For Every Jamaican' is being hailed as timely for the country's 60th anniversary of independence which is being observed this year.

The book will be available in stores in August.

“It is very timely and it addresses lots of basic questions that people might have and it tells you how the justice system works," says Christine Randle, managing director of Ian Randle Publishers  which is responsible for the publishing of the book.

Commenting further, she said: “the book is  written in very simple and accessible language; it breaks down and demystifies all the perceptions people have about law, justice and the Constitution.”

Randle was quick to point out that the book was coming out at the right time especially with what was now going on in the public space. She referred to talks of Jamaica becoming a republic, states of emergency and peoples' rights, “so the book is very timely,” she added.

Senior attorney-at-law  Bert Samuels said the book was a befitting gift in time for the 60th anniversary of Jamaica's Independence which will be celebrated in August.

Samuels said for a jurist to choose the Constitution which rests at the pinnacle of all laws, there could not have been a better choice to educate the Jamaican  population.

"Parliament in carrying out its functions to pass ordinary laws must do so in conformity with the Constitution. So that the Constitution is the armour which justice wears to protect the rights of the citizens," Samuels emphasised.

'I salute this publication, Samuels  said while pointing out  that no longer was civics being  taught in schools " so our population  is unaware of their basic constitutional  rights."

The 180-page paperback covers many topics  including the Jamaican legal system, its genesis and how the judicial system functions.

A former  Kingston College student, Batts graduated from the Norman  Manley Law School in 1986 and gained employment with the law firm Livingston, Alexander and Levy. He became a partner in the firm in 1994.

In giving a speech at the swearing-in ceremony, Batts said "judges are guardians of the Constitution and it is the judges' remit to conduct a fair  trial within a reasonable time."

He is known in legal circles as a zealous advocate for the constitutional right on freedom of thought and  expression.