Questions for Holness on funding of Johnson Smith's C'wealth campaign 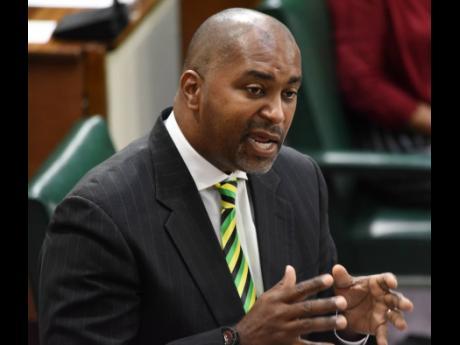 Holness has 21 days to provide the responses. -File photo

The questions were tabled in the House of Representatives this afternoon.

Holness has 21 days to provide the responses.

Johnson Smith was seeking to oust the incumbent Baroness Patricia Scotland. But she lost 24 to 27 in the vote held at a meeting of Commonwealth leaders in Rwanda.

Holness has insisted that Jamaica's candidacy was to unite the 54-member Commonwealth.

The administration has also dismissed suggestions that Jamaica was doing the bidding of the United Kingdom whose leader Boris Johnson wanted Scotland out.

He reiterated that the campaign was financed by taxpayers with some support from the local private sector.

International marketing firm, Finn Partners was tapped to provide public relations services under a three-month US$99,000 contract with Johnson Smith that expires June 30.

He also argued that Scotland is a Caribbean representative who did not complete the conventional two terms and who was supported in 2015 by Jamaica. Golding's PNP held state power at the time.

Jamaica announced Johnson Smith's candidacy in April, a move two months before the Commonwealth meeting that appeared to shock some CARICOM leaders. A month before the bloc said there was "overwhelming support" for Scotland's reelection.

"We took a sovereign decision to put forward our candidature that has demonstrated the skill, energy and competence to bring unity, accountability and focus to leadership of the Secretariat and the wider Commonwealth family," Holness told the House of Representatives on April 5.

1. Would the Prime Minister state the following:

a. the total cost of the campaign for Jamaica's candidature for the post of Commonwealth Secretary General;

b. the cost for airfare and accommodation; and

c. the cost for marketing, communications and public relations for the campaign?

3. If the answer to part 2 is in the affirmative, would the Prime Minister state:

a. by whom that company was engaged

b. the duration of the contract

c. the amounts paid and payable to the company under the contract, and

d. the source of the funds to pay the company.

4. Would the Prime Minister indicate whether the Government of Jamaica (GOJ) received any financial or other support from any other government or non-Jamaican entity in connection with          Jamaica's candidacy?

5. If the answer to part 4 is in the affirmative, would the Prime Minister provide the details of such support?

6. Would the Prime Minister state how many persons from Jamaica (inclusive of the GOJ delegation, media and non-governmental Organisations) travelled to the Commonwealth Heads Government Meeting (CHOGM) in Rwanda at taxpayers' expense?

7. Would the Prime Minister indicate the total cost of Jamaica's participation at the CHOGM in Rwanda?