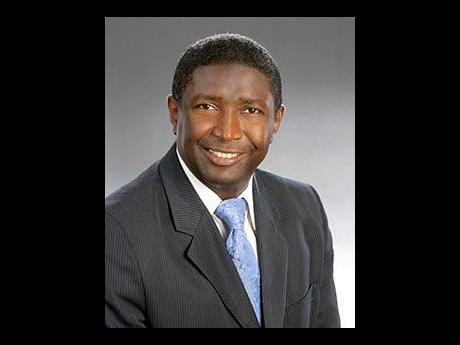 Also contesting the seat is Jamaica-born, South Florida politician Dale Holness. This is Holness’ second try for the seat, having lost the special election in January this year by just five votes.

Omphroy, who qualified to be on the ballot recently, is the niece of Lauderdale Lakes Mayor Hazelle Rogers and grandniece of Jamaica’s Order of Distinction recipient, Gwendolyn Omphroy-Spencer.

Omphroy has rejected suggestions that her entry in the race will likely split the Jamaican vote between herself and Holness, saying that she has her base of voters and Holness has his.

Explaining why she decided to enter the race, Omphroy said: “With so many Floridians in my district and throughout the state having to work harder and harder to get by, it is clear that hard-working families continue to be overlooked. Now more than ever, we need leaders – fearless leaders – in Congress, who will stand up for their constituents.”

“This is why I’m running. I want every resident of the district to be able to trust that their representative in Congress is accessible, genuinely listens to their concerns, and works as hard as ever to make their lives better. I will continue to fight to bring back your hard-earned money to your community and demand change and speak up on the issues that affect us all. I believe that every honest politician has three roles: servant, voice and strategist,” she said.

Omphroy said that she stands firm on the premise that Florida is a donor state to the federal government and it is time for the state to get its fair share of federal dollars.

“My commitment to our community is proven and I will continue to bring forth solutions that are designed to empower people and alleviate the burdens of my district,” she said.

Omphroy said that she will always be a strong advocate for women, seniors and working families, following in the footsteps of her grandaunt, who was a pioneer in tackling women’s health.

She noted that as a state representative, she has brought tremendous financial resources to the district and she wants to build on this at the federal level.

Congressional District 20 is considered a solid Democratic seat, and it is expected that whoever wins the August Democratic primary will be a shoo-in to be the next congressional representative from the district.

A woman of Haitian descent is the current congressional representative, having defeated Holness in the special election earlier this year.