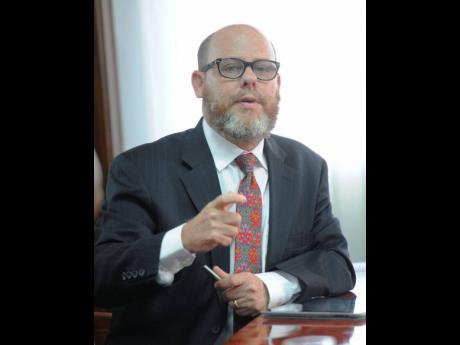 “AM Best has assigned a financial strength rating of B++ (Good),” the insurance company stated in a release. According to BCIC, “The outlook assigned to this credit rating is stable. The rating reflects BCIC’s balance sheet strength, which AM Best assesses as very strong, as well as its strong operating performance, limited business profile and appropriate enterprise risk management (ERM).”

“AM Best’s assessment that BCIC’s balance sheet is “very strong” is an early birthday gift for BCIC as we turn 60 this October. This strength has allowed us to deliver on our promises to our customers after hurricanes Gilbert in 1987 and Ivan in 2004 as well as many other losses throughout our 60 year history,” added Peter Levy, BCIC’s managing director.

BCIC grew its 2021 top-line revenue by seven per cent over the prior year to over $13 billion, which resulted in profits growing to $926 million, an 86 per cent improvement over the previous year. The strong financial performance has firmly established BCIC as the top motor insurer and the most profitable general insurer in Jamaica.

“BCIC has a proven track record of solid underwriting and overall operating results. Overall earnings have been driven by favourable underwriting performance, as evidenced by the company’s combined ratios over the prior five- and 10-year periods, underpinned by a low expense ratio. Investment income has been a steady contributor to the company’s strong operating results. Return metrics have been solid and ranks BCIC favourably in comparison with its Caribbean peers. The company’s operating performance has benefited from BCIC’s appropriate ERM framework, comprehensive reinsurance program and prudent underwriting guidelines,” AM Best stated in a summary of its assessment of BCIC’s operations.

AM Best is the world’s first and largest credit rating agency specialising in the insurance industry. It is internationally recognised and provide credit ratings in over 100 countries for 16,000 insurance companies.