Nephew held for murder of his 77-year-old uncle 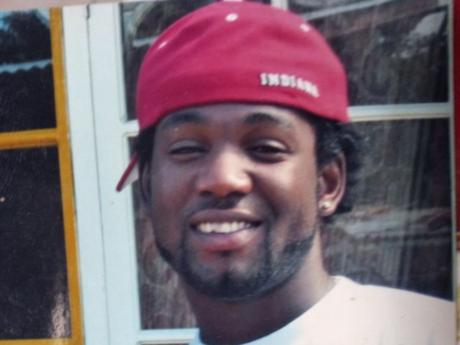 Samuel Waldo is being questioned by investigators. - Contributed photo.

A nephew who was listed as a person of interest in the grisly murder of his 77-year-old uncle was nabbed last night by the police.

A senior police source confirmed that Samuel Waldo was held in the community of Kencot in the St Andrew Central Police division late Tuesday.

He is now in the custody of the St Andrew North police.

The search for 77-year-old Derrick 'Reds' Lindsay, who mysteriously vanished from his home on Saturday, June 4, ended in sorrow two days after when burnt remains believed to be his were discovered in bushes in Cavaliers, St Andrew.

Waldo was being sought by the police as a prime suspect in the murder.

Investigations led to Waldo's house at Brooks Level in Stony Hill where blood stains were found inside his home.

Two suitcases were also missing from the home shared by the two men.

Derrick's daughter, Lorna Lindsay, had told The Gleaner that her father was killed at his Brooks Level, St Andrew home and his dismembered body stuffed into two suitcases and transported approximately five miles by taxi to the dumping site in the woodland.

The taxi driver, who was reportedly chartered, took the police to the location in Cavaliers where he dropped off the suspect with what appeared to be luggage.

The police and community members launched a search and Lindsay's dismembered, burnt remains were found in bushes about 11:00 a.m Monday, June 6.

Waldo was subsequently asked to turn himself in to the police as all efforts to locate him had failed.