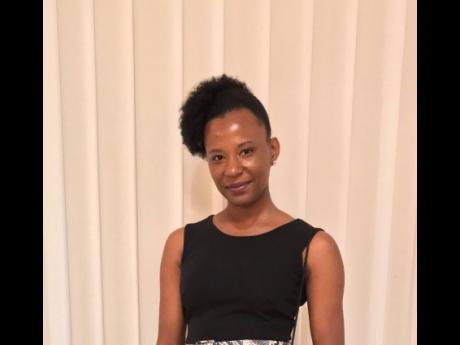 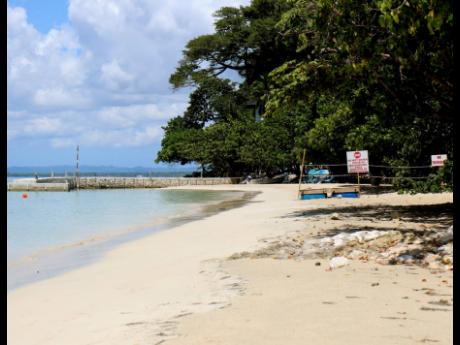 File
A section of the Bluefields Beach Park in Westmoreland.
1
2

SCIENTISTS HAVE projected an upwards of 53 per cent loss of sandy beaches in the Caribbean by 2100 due to climate-related sea level rise, which could, in turn, deal a significant financial blow to the region’s tourism industry.

“By 2100, we predict a sandy beach loss of 53 per cent and 59 per cent for lower (greenhouse) emissions (RCP4.5) and higher emissions (RCP8.5) pathways, respectively, with corresponding proximity hotel room losses of 30 per cent and 39 per cent,” said the study by Dr Nekeisha Spencer of The University of the West Indies (The UWI), Mona.

“These results likely suggest unfavourable implications for the region, including the risk of losing future tourism revenues and the need for generation of beach loss adaptation expenditures to protect earnings, such as beach nourishment,” added the study titled Sea level rise under climate change: Implications for beach tourism in the Caribbean and which is co-authored by Dr Erick Strobl of the University of Bern, Switzerland, and Dr Alrick Campbell, also of The UWI.

The study was published this year.

“Under RCP4.5 (lower greenhouse gas emissions), beach erosion will cost Caribbean economies approximately 38 per cent of tourism revenue by 2100. With greater increases in emissions of CO2 (as in RCP8.5), this will increase to 47 per cent,” noted the researchers, while pointing out that the estimates of future revenue losses are based on direct tourism spending which is only one aspect of the cost of beach erosion.

Further, by 2100, the biggest revenue reductions are projected to be felt by Montserrat and the United States Virgin Islands, as well as by Antigua and Barbuda.

The situation, the researchers said, is also “quite worrying for British Virgin Islands, Grenada, Jamaica, and Trinidad and Tobago where losses will amount to over 70 per cent of their revenues”.

“These predicted losses indicate that the economies of these countries will be significantly affected based on the contribution of tourism to gross domestic product (GDP). For example, in 2019, tourism’s contribution to GDP in the United Virgin Islands, and Antigua and Barbuda were 40.5 per cent and 53.6 per cent respectively. Thus, the nearly 100 per cent reduction in their revenues by 2100 would translate into literally no contribution from tourism to GDP in these economies,” the researchers explained.

“Although tourism’s contribution to GDP will still be evident in other countries, such as Saint Kitts and Nevis, whose contribution amounted to 52 per cent in 2019, and are predicted to earn 20 per cent less revenue by 2100, any reduction could still affect the economy significantly, especially if there are no easy replacement for revenue generation,” they added.